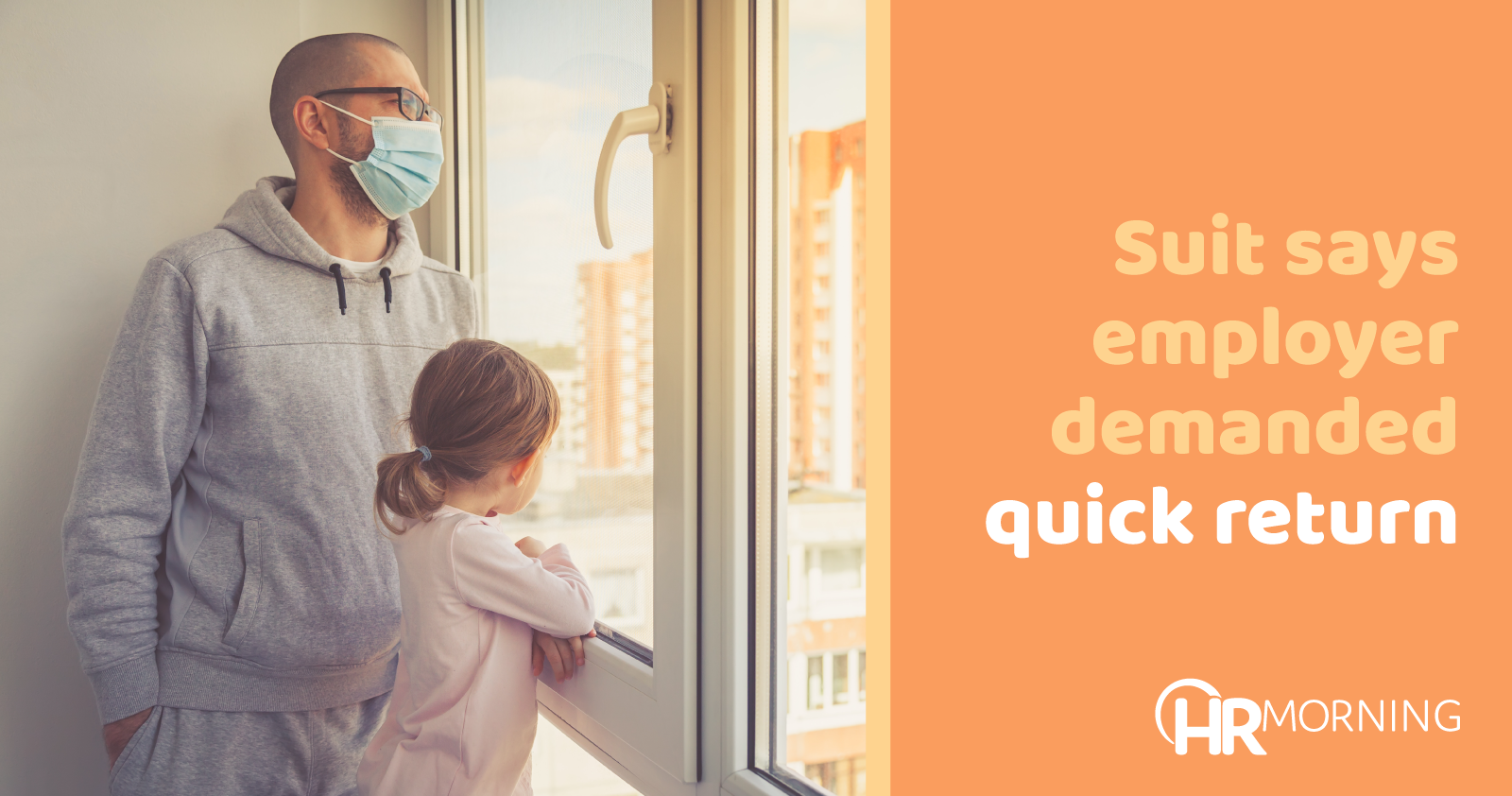 A lawsuit alleges that a medical care facility fired a residential counselor because he chose to quarantine after testing positive for COVID-19.

The court partially granted a defense motion to dismiss.

On April 1, 2020, six patients at the facility where Payne worked tested positive for COVID-19. Payne had worked directly with all six.

Payne told his doctor about the exposure. So the doctor advised him to get tested and quarantine for 14 days.

Payne took a test for the virus on April 6. The next day, a nurse told him he had tested positive and instructed him to quarantine for 14 days.

According to Payne, the director of the facility where Payne worked told him on April 13 that Payne had been cleared and should return to work.

Payne chose to heed the medical advice he had been provided and complete his quarantine period. He did not return to work on April 14. And the employer fired him that day.

Payne filed an administrative complaint of unlawful discrimination with the Equal Employment Opportunity Commission (EEOC) and the Pennsylvania Human Relations Commission. The EEOC issued him a right-to-sue notice in September.

The defendants filed a motion to dismiss.

The defendants argued that those claims should be dismissed because Payne did not allege the existence of a serious health condition. But Payne asserted that the defendants were obligated to notify him of any alleged deficiency in his request for leave. He said they had to allow him an opportunity to cure any such alleged deficiency.

Secondly, the court declined to dismiss the FMLA claims. It noted that Payne requested leave and that the defendants neither explained any alleged deficiencies in his notice.

Third, the court declined to dismiss Payne’s FFCRA claims. With respect to those claims, it rejected the defense argument that Payne could not proceed with them because he was a “health care provider” who was exempted from the class of people who could file such claims.

Fourth, the court dismissed the state-law whistleblower claim because the complaint did not properly plead that the defendants were a “public body,” as required.

With respect to the ADA claims, the defendants argued that Payne did not adequately allege the existence of a “disability” as that term is defined in the statute. The court agreed and dismissed the ADA claims without prejudice.

Finally, the court dismissed the retaliation claims without prejudice.

The case will proceed.