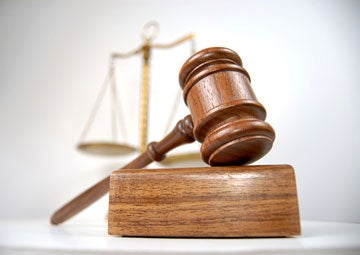 A record $240 million damages award to 32 disabled employees of an Iowa turkey processing company has been reduced to a comparative pittance in accordance with federal limits on small-company damages.
You remember the case: A Davenport, IA, federal jury awarded $240 million to 32 men with intellectual disabilities who’d been subjected to egregious abuse and disability discrimination by their employer.
It was the largest verdict in the Equal Employment Opportunity Commission’s history. The EEOC had brought the suit against Hill County Farms on behalf of the 32 men.
But the EEOC acknowledged in a post-trial brief that the award  must be slashed to $1.6 million due to a federal cap on damages for a company with less than 101 employees.
That means instead of each worker being slated to receive $7.5 million, which the EEOC said was an “appropriate and meaningful measure of the actual harms suffered by these victims of discrimination,” they’ll only recover $50,000, plus interest.
Adding those figures to a wage discrimination judgment levied against Henry’s Turkey Service last fall, and the damages awarded to each man will total $2.9 million.
Hill County Farms is based in Goldthwaite, TX, but the abuse occurred in West Liberty and Atalissa, IA. The workers’ jobs involved eviscerating turkeys at two facilities run by Henry’s Turkey Service.

According to the EEOC, “for years and years, the owners and staffers of Henry’s Turkey subjected the workers to abusive verbal and physical harassment and restricted their freedom of movement.”
The men were housed in “deplorable and sub-standard living conditions,” EEOC officials testified, and were often refused “adequate medical care when needed.”
Verbal abuses included frequently referring to the workers as “retarded,” “dumb ass” and “stupid.”  Some of the men reported acts of physical abuse including hitting, kicking, at least one case of handcuffing, and forcing the disabled workers to carry heavy weights as punishment.
The Henry’s Turkey supervisors, also the workers’ purported caretakers, were often dismissive of complaints of injuries or pain, according to EEOC testimony.
The workforce’s intellectual disabilities made the men particularly vulnerable and unaware of the extent to which their legal rights were being denied, the agency said, adding that such worker treatment had gone on for 20 years. The EEOC’s lawsuit only covered the period between 2007 and 2009.
The jury awarded each of the men $2 million in punitive damages and $5.5 million in compensatory damages.
This wasn’t the company’s first brush with workplace law violations.
The EEOC earlier won a $1.3 million wage discrimination judgment when Senior U.S. District Court Judge Charles R. Wolle found that, rather than the total of $65 dollars per month Henry’s Turkey paid to the disabled workers while contracted to work on an evisceration line at the plant, the employees should have been compensated at the average wage of $11-$12 per hour.
The EEOC’s wage claims for each worker ranged from $28,000 to $45,000 in lost income over the course of their last two years before the Henry’s Turkey Service operation was shut down in February 2009.
This post was updated May 15, 2013.