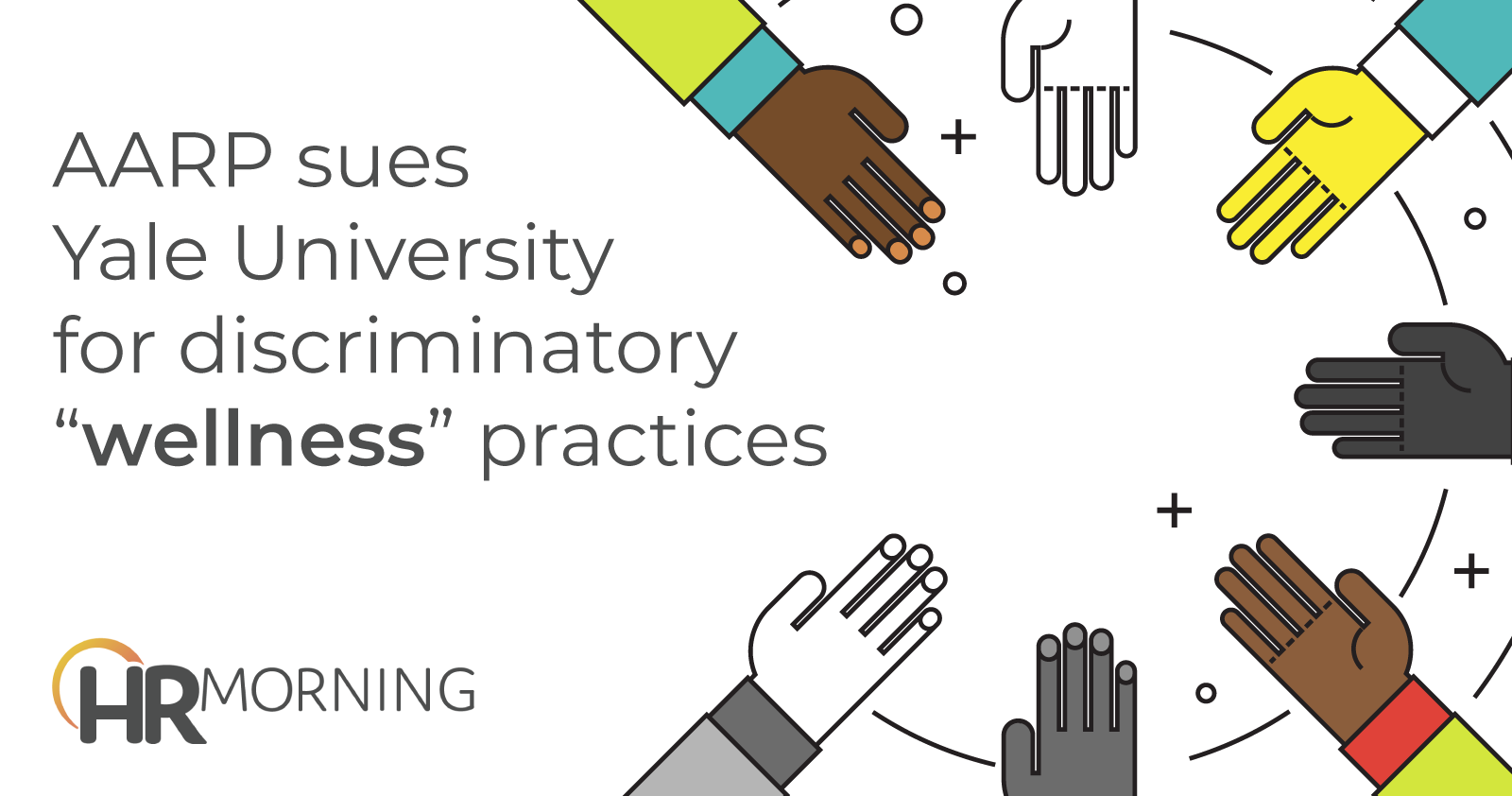 The lawsuit contends that Yale forces certain employees and their spouses to either submit to medical exams and disclose personal health information and family medical history or pay heavy financial penalties.

Yale’s employee wellness program, called Health Expectations, requires approximately 5,000 union employees and their spouses to submit to medical tests and allow release of all of their insurance claims data to multiple wellness vendors.

Employees who refuse to disclose private medical and genetic information must pay a penalty of $1,300 per year.

“This is a particularly important issue for older workers, who are more likely to have disabilities and medical conditions—such as diabetes, heart disease, and cancer—that are at risk of being revealed by wellness questionnaires and exams,” said AARP Foundation President Lisa marsh Ryerson, “and it hits low-income workers the hardest.

Both the ADA and GINA are federal laws that protect employee privacy and allow workers to shield themselves from discrimination in the workplace. The AARP Foundation lawsuit argues that Yale’s Health Expectations program puts workers between a rock and hard place: employees either must hand over sensitive medical and genetic information on themselves and their spouses or pay a heavy financial penalty to protect their personal health information.

“Under federal law, disclosing medical and genetic information and test results in workplace wellness programs must be voluntary,” said William Alvarado rivera, Senior Vice Preisdent of Litigation at AARP Foundation. “Workers should have the freedom to choose whether to divulge personal health information in the workplace, as Congress intended.”

Allowing employers and others access to private medical information could lead to people being fired, not hired, or discriminated against in other ways based on their health history. Ensuring that inquiries and exams in wellness programs are voluntary is a self-help mechanism for workers who do not want to risk these consequences.

Yale University had not publicly responded to the lawsuit.