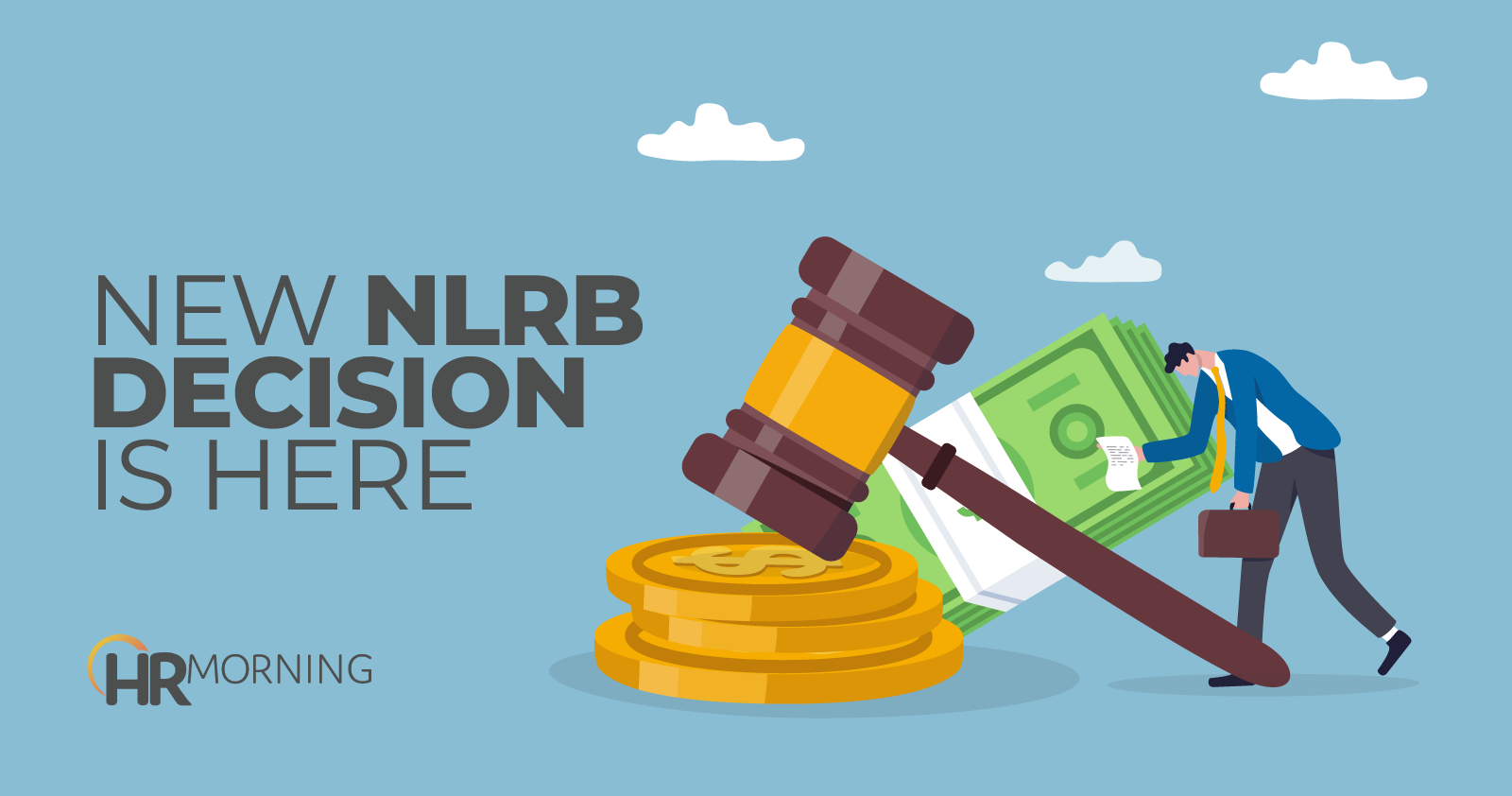 What’s the potential cost to employers for labor law violations? Maybe more than you think, as a new decision from the National Labor Relations Board (NLRB) shows.

The board said victims of labor law violations are entitled to be compensated for all “direct or foreseeable pecuniary harm” that is the result of illegal labor practices (emphasis added).

That may include some forms of harm that don’t immediately spring to the minds of employers.

The case involved Thryv Inc., which is a marketing agency that sells Yellow Page advertising.

Sometime around July of 2019, Thryv began implementing a proposal to lay off all new business advisors in its Northern California region. In late August, it told the union it was laying off the six new business advisors in that region. The company agreed to meet with the union to discuss the move, but it then implemented the six layoffs before all scheduled meetings with the union took place.

The union later asked that Thryv move the six laid-off employees into positions as business advisors, but Thryv did not do so.

An Administrative Law Judge (ALJ) at the NLRB later found that Thryv violated the National Labor Relations Act’s labor law rules when it did not respond to several union requests for information about the layoffs.

The ALJ also determined that Thryv did not violate its statutory duty to bargain when it unilaterally laid off the six employees.

Then, the board moved to a generalized discussion of what the appropriate remedy should be in labor law cases involving NLRA violations.

“We find … that it is necessary for the Board to revisit and clarify our existing practice of ordering relief that ensures affected employees are made whole for the consequences of [an employer’s] unlawful conduct,” the decision reads.

Whenever make-whole relief is proper, the decision explained, that relief is to include relief for all direct and foreseeable pecuniary harms that an employee suffers due to the employer’s unfair labor practice.

Such relief must be specifically calculated, it added, and employers must have the chance to show that claimed damages either were not foreseeable or would have been incurred regardless of the unfair labor practice.

These remedies include traditional ones like reinstatement and back pay, the board said. But there are many other forms of relief that may be proper in particular labor law cases, it added.

Drawing in part from past NLRB decisions, the board said those additional forms of relief may include:

“Employees are not made whole until they are fully compensated for financial harms that they suffered as a result of unlawful conduct,” NLRB Chairman Lauren McFerran said in a release. “The Board clearly has the authority to comprehensively address the effects of unfair labor practices.”

The fact that implementing such a remedy might be administratively complex does not mean the remedy should be avoided, the board added. The goals of the NLRA should not be sacrificed for the sake of administrative convenience, it advised.