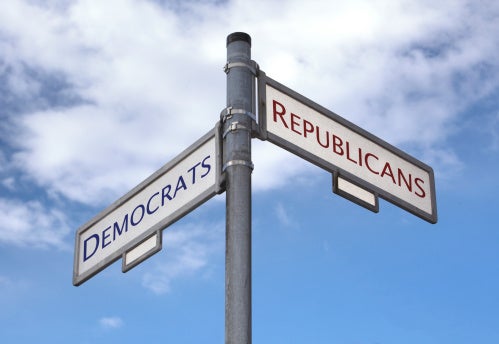 ‘Senate will produce a bill’

HR pros shouldn’t expect the Senate to rubber-stamp the House version of the AHCA; it will likely create its own version of ACA repeal legislation.
In response to a question about the Senate’s ACA repeal timeline, Price said: “I believe the Senate will produce a bill this summer.”
Another factor in the Senate’s time table: A Congressional Budget Office (CBO) score. Unlike the House, the Senate is unlikely to move forward without an updated analysis of the legislation by CBO.
Under the original version of the AHCA (not the revised version the House passed), it was projected that 24 million fewer Americans would have healthcare coverage.
The CBO is expected to release a revised score of the AHCA by “early in the week of May 22,” according to a CBO spokeswoman.

As HR Morning reported previously, the House narrowly passed its ACA repeal — The American Health Care Act (AHCA).
While the so-called “repeal-and-replace” bill would kill many of the ACA’s taxes (except the Cadillac Tax), much of the popular health-related provisions of Obamacare would remain intact.
However, the new bill does allow states to waive certain key requirements under the ACA. One of the major amendments centers on pre-existing conditions.
Under the ACA, health plans can’t base premium rates on health status factors, or pre-existing conditions; premiums had to be based on coverage tier, community rating, age (as long as the rates don’t vary by more than 3 to 1) and tobacco use. In other words, plans can’t charge participants with pre-existing conditions more than “healthy” individuals are charged.
Under the AHCA, individual states can apply for waivers to be exempt from this ACA provision and base premiums on health status factors.
Bottom line: Under this version of the AHCA, insurers would still be required to cover individuals with pre-existing conditions — but they’d be allowed to charge astronomical amounts for coverage.
To compensate for the individuals with prior health conditions who may not be able to afford insurance, applying states would have to establish high-risk pools that are federally funded. Critics argue these pools won’t be able to offer nearly as much coverage for individuals as the ACA did.
Under the AHCA, states could also apply for a waiver to receive an exemption — dubbed the “MacArthur amendment” — to ACA requirement on essential health benefits and create their own definition of these benefits.