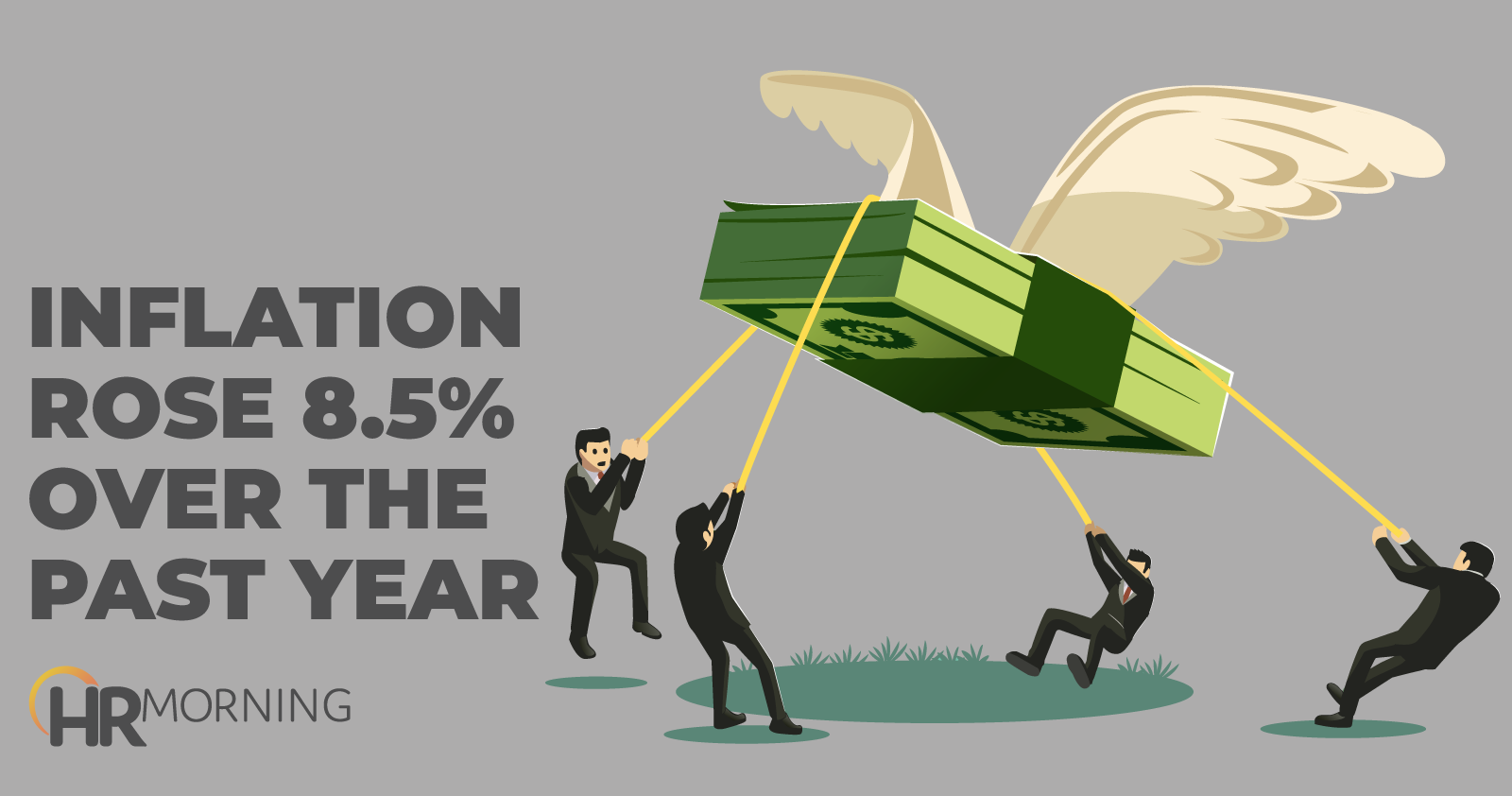 Heads up, employers. With inflation rising 8.5% since last March, employees’ pay isn’t stretching the way it used to — and they’re going to want their companies to make up the difference.

The Bureau of Labor Statistics (BLS) released an inflation report recently, and numbers are looking grim for consumers. The biggest culprits behind inflation? Gas, shelter and food. The gasoline index rose more than 18% in March, and was the biggest contributor to the overall 8.5% increase.

This is the highest inflation has risen in one year since 1981.

Taking inflation into account, workers’ wages have fallen 2.7% , and people are fed up. New research found that most companies in the U.S. plan on raising salaries by 4% — however that’s not going to cut it for most workers.

According to a survey conducted by Grant Thornton LLP, employees are expecting a higher increase than employers are prepared to give. Here are the raises people want:

Employees are more than prepared to walk away if employers don’t deliver. In fact, the top reason people are leaving their jobs right now is for higher pay.

Many workers have reached their breaking points where salary is concerned, according to a recent survey done by Robert Half.

Over one-third of employees reported they haven’t had a raise in the past year. An additional 16% of workers received a raise, but the amount was lower than they’d expected.

Employers should be prepared for workers asking for more money, too — 62% are planning on it. Here are the top reasons behind it:

If you’re forced to turn down raise requests, employees plan on either asking again in a few months (31%), looking for a new job with a higher salary (27%) or asking for more perks (23%).