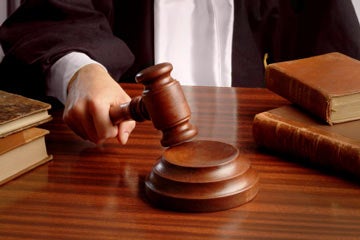 Seems like a no-brainer, but breaking this rule just cost Chrysler more than four million dollars: If you set out to investigate an employee’s harassment complaint, you can’t just go through the motions.
A federal appeals court recently ruled that Otto May was entitled to just over $700,000 in compensatory damages and $3.5 million in punitive damages following a three-year period in which he suffered through more than 70 incidents of harassment.
May, who is Cuban and Jewish, was a pipefitter at the Chrysler plant in Belvedere, IL. He was subject to an astonishing array of abusive actions. Here’s a sampling:

As one might expect, May complained to his superiors, and Chrysler did respond: The head of HR met with two groups of skilled tradesmen (like May), the company looked into who was at the plant during the times when the harassment occurred, and a handwriting analyst was called in.
At the company’s request, May came up with a list of 19 employees who he felt could have been behind the harassment. But no one on the list was interviewed.
May also contacted the local police, who suggested that the company install surveillance cameras in May’s work area.

The harassment continued after May’s initial complaint to management — as a matter of fact, it escalated. May first reported the harassment in early 2002.
By the summer, the vandalism to his car was followed by threatening notes and graffiti.
Finally, after May found a note in his toolbox that read, “no one can help you [expletive] Cuban Jew We will get you Death to the Jews Cuban fag die,” the company held two meetings with about 60 skilled tradesmen, reviewing the organization’s anti-harassment policy.
Just a few days after the meeting, there was more graffiti: “Otto Cuban Jew die.” At least five similar incidents occurred before the end of the year.
And they continued into 2003. There were multiple incidents of graffiti, more death threats, the tire on May’s bike was slashed and his locker vandalized.
The incidents continued through 2005.

In court, the judge summed up Chrysler’s response to all these occurrences as the two group meetings, the interview with May that produced the list of 19 possible culprits, ongoing documentation of the incidents, reasonably prompt removal of the graffiti, and a review of “gate records” to see who might have been in the plant at the time of the incidents.
The handwriting expert also took numerous samples from employees. His final statement: that there was “more evidence than not” that May had written the threatening notes himself.
In court, the judge slammed the company for its handling of May’s complaint:
“In this case, the jury was presented ample evidence to conclude that Chrysler did not ‘promptly and adequately’ respond to the harassment. …
“During the first year of written threats and harassment, what had Chrysler done? They held a meeting. They interviewed May. And, one year in, they hired (the handwriting expert). …
“Two things stand out. First, the jury heard that Chrysler did not interview anyone on May’s list. Not one person. When an employee has been subjected to repeated threats over the course of many months and the employer has a list of names, the employer’s investigator should talk to some of those people. …
“Second, Chrysler did not install a single surveillance camera. … A single camera covering May’s large tool box (a tool chest, really) — where most of the threatening notes were found — would have been an important step.”
And the final blow: Chrysler’s “response was shockingly thin as measured against the gravity of May’s harassment. And that would have been true if this kind of harassment would have lasted only for months or a year. The harassment in this case continued for over three years.”
As the harassment continued, the judge said, it was up to Chrysler to “progressively stiffen” its efforts to stop it. Chrysler’s actions did not add up to a good faith effort to end May’s harassment, the judge said.
The full decision may be found at May v. Chrysler Group LLC.