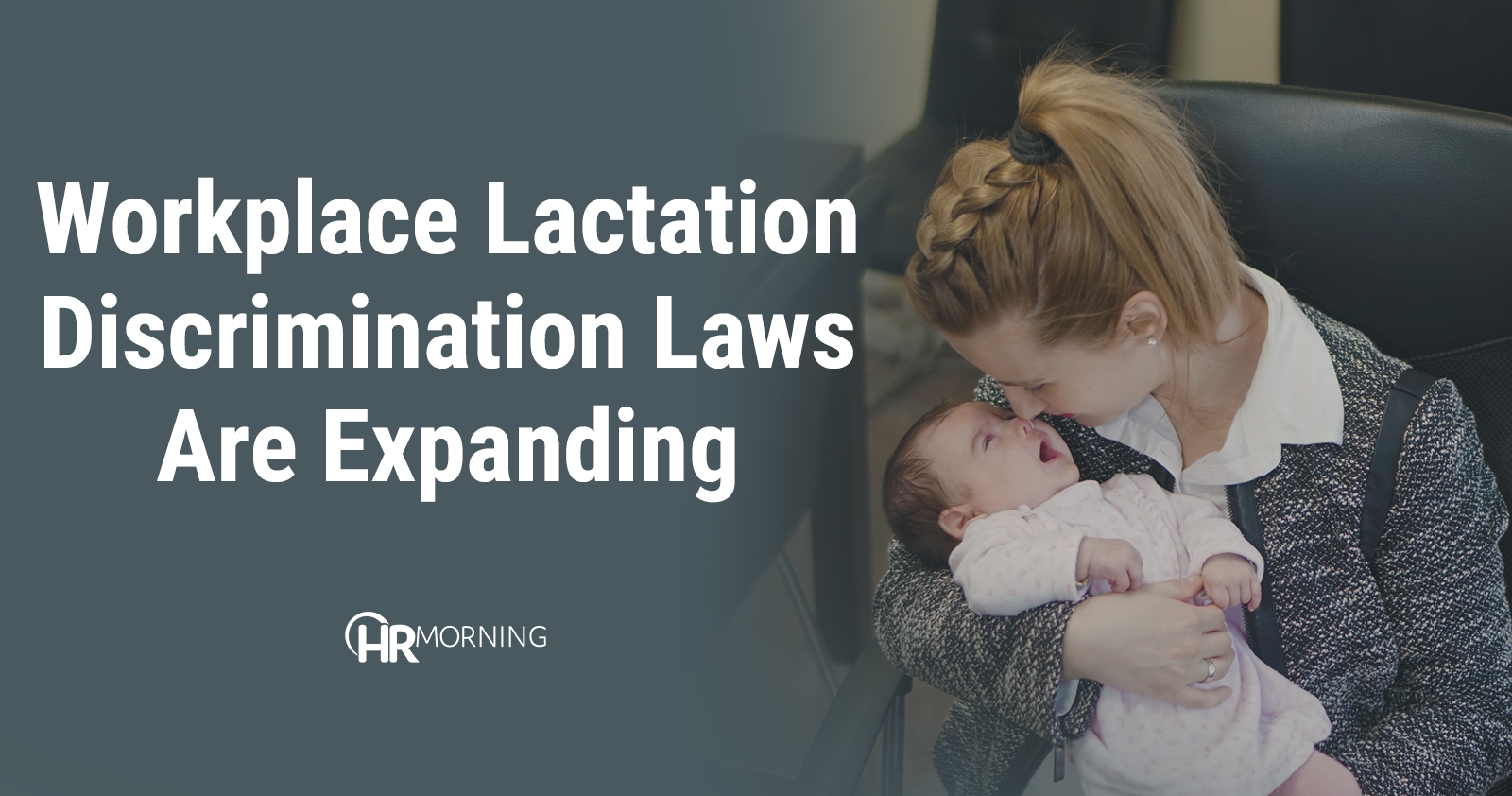 A recent lactation discrimination case in Delaware resulted in a $1.5 million jury award to a mother who sued when harassment from co-workers and supervisors caused her to stop pumping breast milk and subsequently lose her supply.

The award highlights employers’ exposure to lawsuits stemming from ignoring the rights of nursing mothers in the workplace, as defined under Title VII of the Civil Rights Act,  the Pregnancy Discrimination Act and a variety of state and municipal laws.

But the case also mirrors the findings of a recently-published report on breastfeeding discrimination at work that shows there is a lot of work to be done in protecting nursing mothers – and makes concrete recommendations that can help employers to follow federal, state and local laws and accommodate employees’ needs.

In its report “EXPOSED: Discrimination Against Breastfeeding Workers,” the advocacy group Pregnant@Work reports that lactating women continue facing barriers at work. They are often refused time for pumping breaks and do not have comfortable access to appropriate spaces.  In some cases, they face discrimination or harassment from co-workers. And many face severe when they try to exercise their legal rights to pump and store milk for their babies while at work.

In preparing the report, Pregnant@Work reviewed court cases from across the country and interviewed women who said they experienced discrimination at work because they wanted to pump.

As the report makes clear, many working mothers who want to nurse their children can face impossible choices – if they stop pumping, they will soon stop producing milk, depriving their children of the significant health benefits of nursing. If they continue, they risk losing the income they need to care for their kids.

According to the report, researchers found that two-thirds of employees who were involved in discrimination cases ended up losing their jobs and three-quarters of them experienced some kind of economic penalty.

The organization’s researchers report that breastfeeding discrimination takes many forms, including:

Pregnant@Work also found that a patchwork of varying state laws leaves many women without meaningful protection, despite federal legislation intended to protect against these kinds of discriminatory acts. In fact, according to the organization, an unintended loophole in the Break Time for Nursing Mothers law excludes approximately a quarter of all working women of childbearing or about 27.6 million women.

Luckily, state laws fill the gap for many of those workers: 21 states and the District of Columbia have laws mandating that employers provide both time and space for expressing breast milk. But with most states still lacking clear break time and space laws, more than 5 million women still have no either federal or state protections that guarantee their right to the time and space needed to pump at work.

Many nursing mothers whose employers refuse to support their need to pump and store breast milk face severe consequences. Many are forced to choose between continuing to provide their babies with milk and keeping their jobs: in the cases studied by Pregnant@Work, 63% ended with the mothers out of a job, either fired (43% of cases) or forced to quit (20% of cases).

In a recent case not included in Pregnant@Work’s study, employees of Oakland, CA-based AC Transit filed a class action lawsuit accusing the company of discriminating against pregnant and breastfeeding employees. The suit says are “laughed at” when requesting accommodations for their pregnancies and that AC Transit refuses to provide breaks for breastfeeding mothers, as required by state law. The suit says the company’s actions “caused mothers to “drive engorged or dry up.” The case is notable, among other reasons, because California has among the most protective lactation laws in the country.

The organization says its research indicates discrimination is happening across the economic landscape. Low-paid hourly workers are often forced to take unpaid breaks to pump, while even highly-compensated professionals have been fired or pushed out for taking breaks or even just requesting adequate facilities.

Pregnant@Work’s report concludes with a set of suggestions for a national law to protect all nursing mothers in the workplace. The seven-part model proposes legislation that includes:

According to the study, such legislation is needed to give all nursing workers a clear right to needed break time, space, and other accommodations including modification of job duties, temporary transfer, or time off.

With a rise in awareness and an increase in lactation discrimination lawsuits, employers need to get ahead of the issue. Organizations can avoid expensive and time consuming lawsuits – and improve their hiring and retention prospects – by making basic accommodations for nursing mothers and educating the rest of their workforce. The good news is that the needed accommodations are really not all that complicated or costly to achieve.