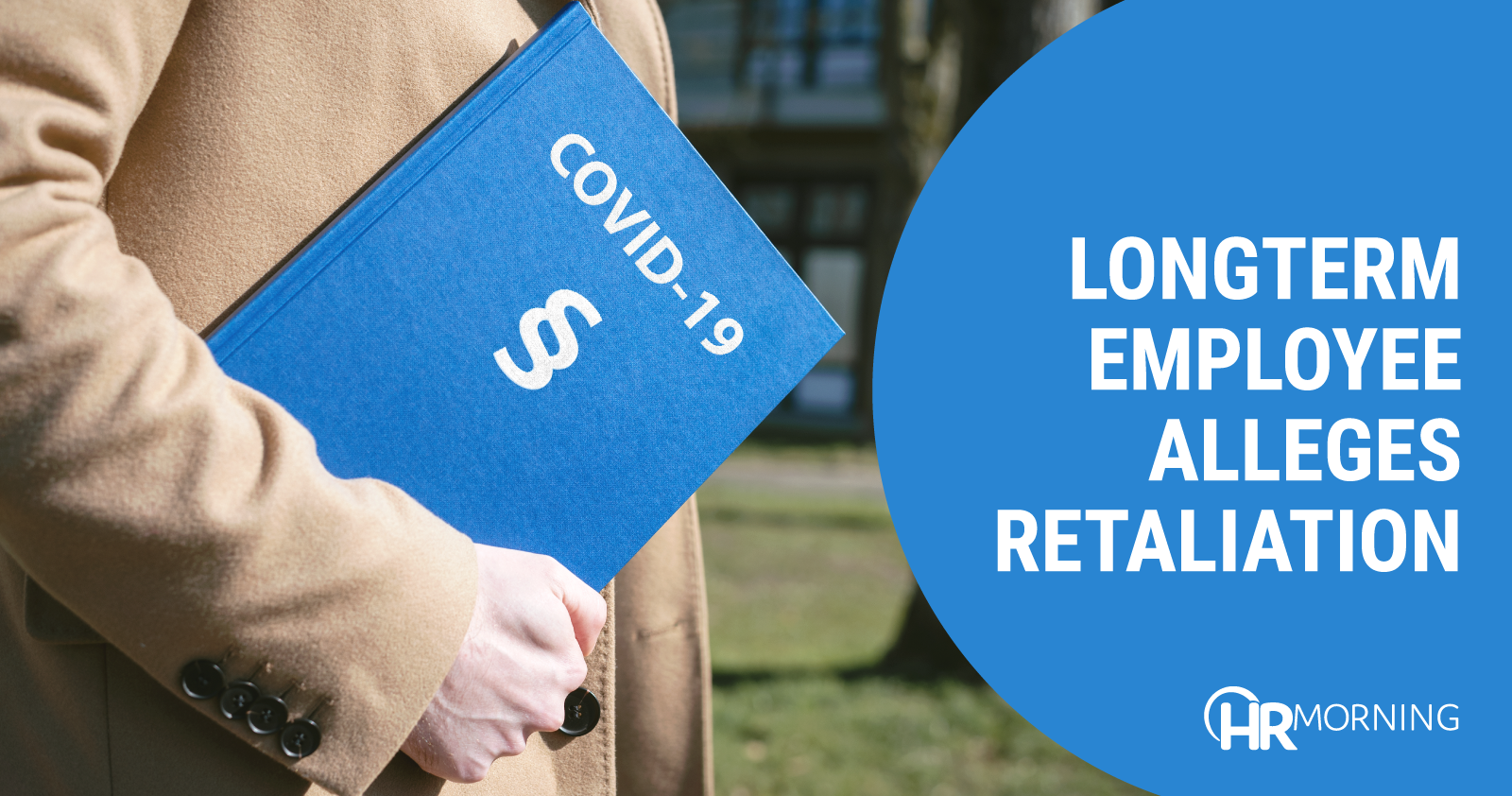 A new lawsuit says an employer used the COVID-induced economic downturn as an opportunity to illegally terminate a longtime employee who complained about allegedly unfair pay practices and other company conduct.

Lawrence Pearson, one of the plaintiff’s attorneys, is calling it a clear case of “recessionary discrimination.”

“Managers sense an opportunity, and think they have cover to terminate people because of COVID,” Pearson said.

She was let go in April of last year as part of a reduction in force. Alliance said the layoffs, including Paltz’s termination, were necessitated by the economic downturn that was precipitated by the ongoing COVID-19 pandemic.

But Paltz says she was let go for less benign reasons.

Specifically, she claims she was released because she complained about pay disparities between men and women at the company; because the company was unwilling to extend her accommodations related to her breast cancer; and because she raised concerns that the company was illegally steering business to entities that it had a financial interest in.

She says her job performance was better than that of many employees who were not released, and she notes that she was the only one of 16 account executives in her region who was let go.

The complaint asserts claims under the False Claims Act, the Family and Medical Leave Act and the Equal Pay Act. It adds claims under state and local laws, and it states an intent to later supplement the asserted claims by alleging violations of Title VII and the Americans with Disabilities Act.

The suit is seeking compensatory and punitive damages as well as costs and attorneys’ fees.