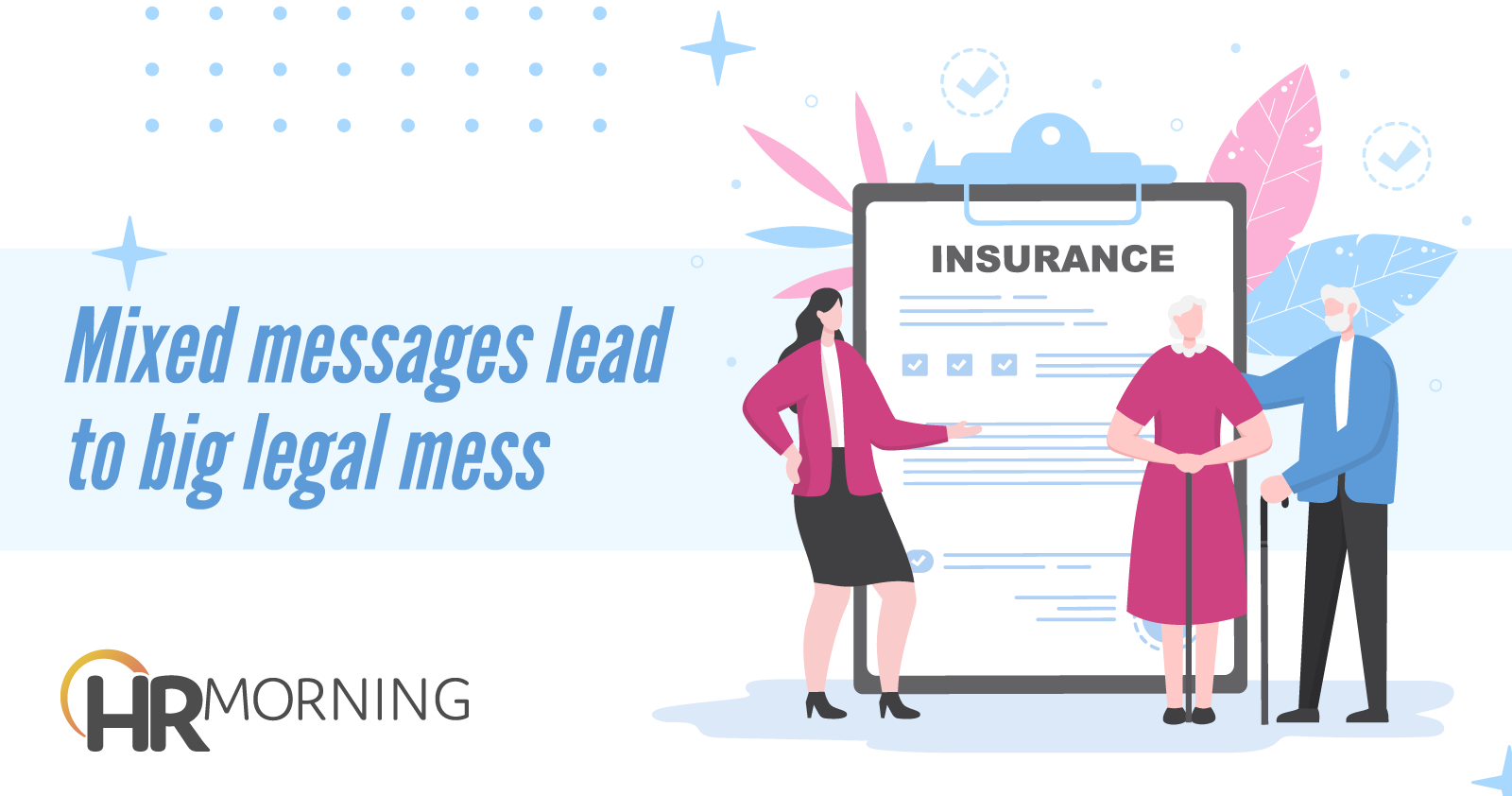 An employer offered some employees life insurance. The insurance continued into retirement. But then it put an end to it.

A summary plan description said the employer could end the plan. But the employer also said retiree life insurance benefits were “paid up” or were “for life.”

Two groups of retirees sued. They alleged violation of ERISA and breach of fiduciary duty.

One group consisted of retired employees who stopped getting life insurance. The other group was individuals who took part in a special retirement opportunity with the employer and saw the benefit end.

A lower court ruled against them. It said that benefit plan documents gave the employer the power to terminate the benefits.

The U.S. Court of Appeals for the Eleventh Circuit affirmed.

It explained that as to the first group, the employer provided benefit documentation as well as other written and verbal communications.

Some of the documents it distributed described life insurance as a benefit that it “paid up” or provided at “no cost” to employees.

Retirees in that group also said employer representatives told them orally that they would get a paid-up life insurance policy when they retired.

In 1990, the employer added language to the benefit documents that said it could modify or terminate the plan.

As to the second group, the employer provided a letter saying it would provide retiree life insurance at no cost. But they also received other documentation that included reservation-of-rights language.

The appeals court ruled with respect to the first class of retirees that summary plan descriptions gave the employer the right to terminate the benefit.

With respect to the second class of retirees, the appeals court similarly found that the retirees received written notice in a booklet and summary plan description that clearly said the employer could end the benefit.

There was no ERISA violation, the court decided.

Key: Be clear and unambiguous with benefits-related communications. Mixed messages can lead to big — and expensive — legal headaches.