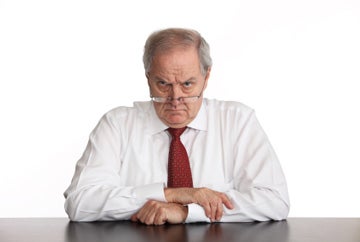 It’s amazing that in 2013, employers still routinely base important decisions on myths.

Kelly Scott of the law firm Ervin Cohen & Jessup recently came up with a list of the top management myths execs swear by. Here’s a taste of what he had to offer:
“But it’s my company!”  We have often heard the cry from employer-owners: “But it’s my company and I’ll do what I want!”
No, you won’t.  Or, more accurately, you will, but you’ll pay for it …through the nose.
“The perfect employee is out there somewhere.” No, she — or he — is not. Ain’t no such animal. One of the dark aspects of hiring through the Internet is that hiring managers become paralyzed by the ton of resumes they feel they have to pore over. Somewhere in that pile of paper must be the perfect hire. Forget it. Nobody’s perfect. Hire the candidate you feel most comfortable with and let’s all move on with our lives.
“We are family.” Many employers like to speak of the workplace as a “family.”  It’s not family.  In a family, Cousin Hank, who never does anything and who is an absolute waste of space, is tolerated, even loved.
In business, Cousin Hank is fired. Don’t set unrealistic expectations by using terms that don’t apply.
“Independent contractors are the way to go.” Labeling someone as an independent contractor to avoid taxes and other employer obligations is like passing off a cubic zirconia as a diamond engagement ring.  It will be fine until someone checks into it, and then look out.
“You can terminate anybody who’s in a probationary period.” An illegal termination is illegal, even if it takes place during a probationary period.
“Complaints must be ‘formal.'” Where do employers get this idea?  It’s reminiscent of the proverbial “see no evil, hear no evil, speak no evil” monkeys or the ostrich that sticks its head in the sand to avoid danger. If you knew, or should have known, of a problem and failed to deal with it properly, you’re in for trouble.
“We don’t need to let employees in on our long-term plans.” Some employers believe that keeping employees in the dark about future plans for the company is the best way to manage.  While it may be appropriate in some cases, this management style when consistently applied leads to a workplace that is rife with rumor and speculation, resulting in low morale, increased complaints and frequent turnover.
Scott wrote his list of the Top 20 Employer Myths in celebration of the 20th anniversary of the Employment Law Reporter. We recommend you check out the rest.