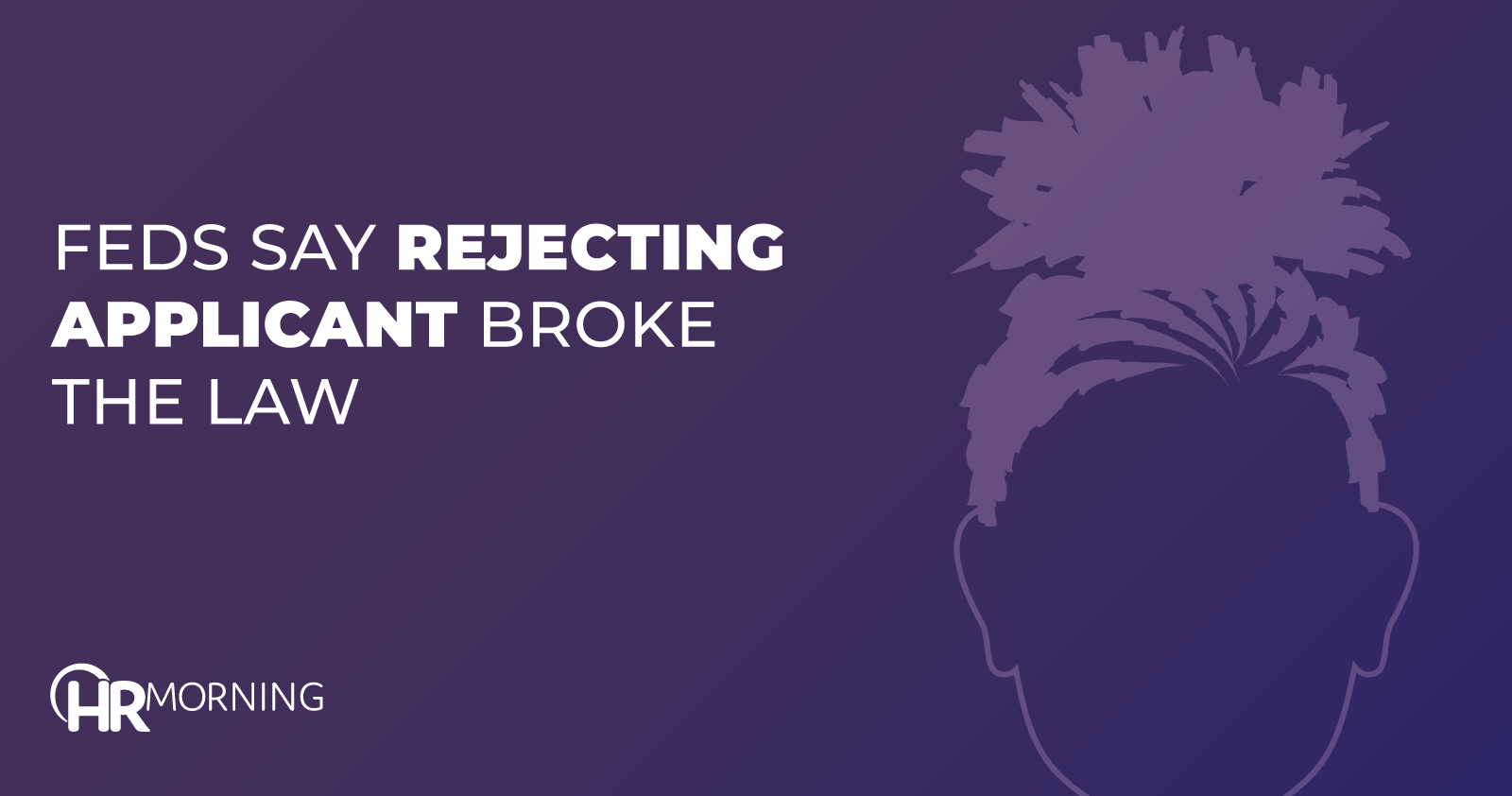 Hairstyle bias can be unlawful religious discrimination under federal law, as a new lawsuit shows.

The federal Equal Employment Opportunity Commission (EEOC) recently filed a lawsuit on behalf of a job applicant who allegedly was rejected because of his dreadlocks hairstyle.

But the applicant wears the hairstyle for religious reasons, the suit says – and that means denying the job based on it violates Title VII’s ban on religious discrimination.

According to the suit, Matthew Barnett applied for a job as an assistant manager at Home IGA, which is a grocery store.

The suit, which was filed in a federal district court in Kentucky, says the store’s actions violated Title VII.

“No employee should have to choose between their religion and their job,” said EEOC Indianapolis District Director Michelle Eisele in a release.

The EEOC has issued fairly detailed guidance that addresses Title VII’s application to religious grooming and dress at work.

The guidance explains that Title VII applies to all aspects of religious beliefs and practices, including those that “may seem illogical or unreasonable to others.”

Religious beliefs must be sincerely held, it says, and employers who have a legitimate reason to question the sincerity of a particular belief may ask an applicant or employee for information it needs to evaluate a particular request.

Preferences do not permit bias

Another important warning: Religious preferences of others, such as customers, co-workers or clients, do not justify conduct that discriminates against an employee based on religion.

Even when an employee makes a religious-based accommodation request, an employer still has a potential out. Specifically, it need not provide the requested accommodation if doing so would result in an undue hardship on the operation of its business.

In addition, an employer can deny a religious accommodation request, including a request related to grooming, for legitimate concerns relating to workplace safety, security or health.

Example: An employee who works in a sterile environment may be denied permission to wear a beard for religious reasons if the beard may contaminate the work environment.

Another important point to keep in mind: Employers cannot retaliate against applicants or employees for seeking a religious accommodation.

In addition, employers have a duty to take reasonable action to stop religious harassment suffered by their employees at the hands of customers, co-workers or supervisors.

Employers should also be aware that in many jurisdictions, discrimination based on hairstyle – without regard to religion – violates applicable law. So-called Crown Act legislation has been passed in more than a dozen states and several local jurisdictions. A federal measure passed the House in March of 2022, but it was blocked in the Senate in late December.