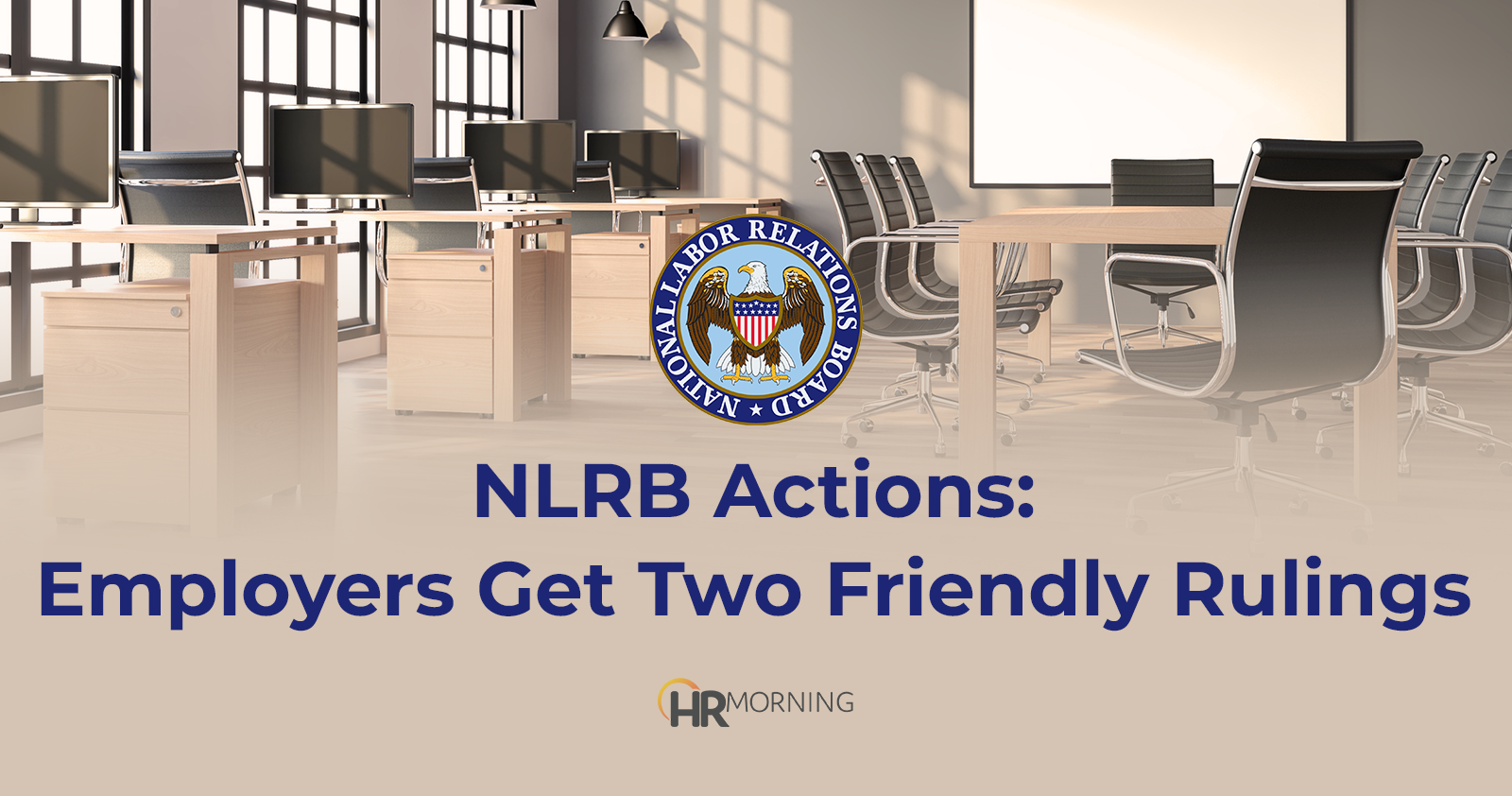 The Board concluded that the franchisees weren’t employees under the NLRA but rather independent contractors excluded from the Act’s coverage.

Their rationale? The Board found that the franchisees’ leasing or ownership of their work vans, of compensation and nearly unfettered control over their daily work schedules and working conditions provided the franchisees “with significant entrepreneurial opportunity for economic gain.”

Other key factors were the absence of supervision and the fact that the drivers didn’t share any ride fares with the company.

Key takeaway: The action overrules a 2014 NLRB decision that downplayed the importance of economic opportunity in determining a worker’s status as an independent contractor.

The other case narrowed the standard for what constitutes “protected activity” in a group setting.

In Alstate Maintenance LLC, a manager approached a group of baggage handlers at an airport and asked if they’d help unload the equipment of an arriving soccer team.

The employee who complained about the previous lack of a tip was fired. He responded by filing a complaint alleging that his firing was based on his complaining about the lack of a tip – which, he alleged, was “protected activity.”

But the Board didn’t agree. To be protected activity, an individual’s statement must concern a genuine workplace issue. Personal gripes don’t count.

Key takeaway: The decision overturns a 2011 ruling that any protest voiced at a group meeting is protected activity.

Bottom line? Both decisions are good for employers, clearing up some of the confusion of the Obama NLRB.