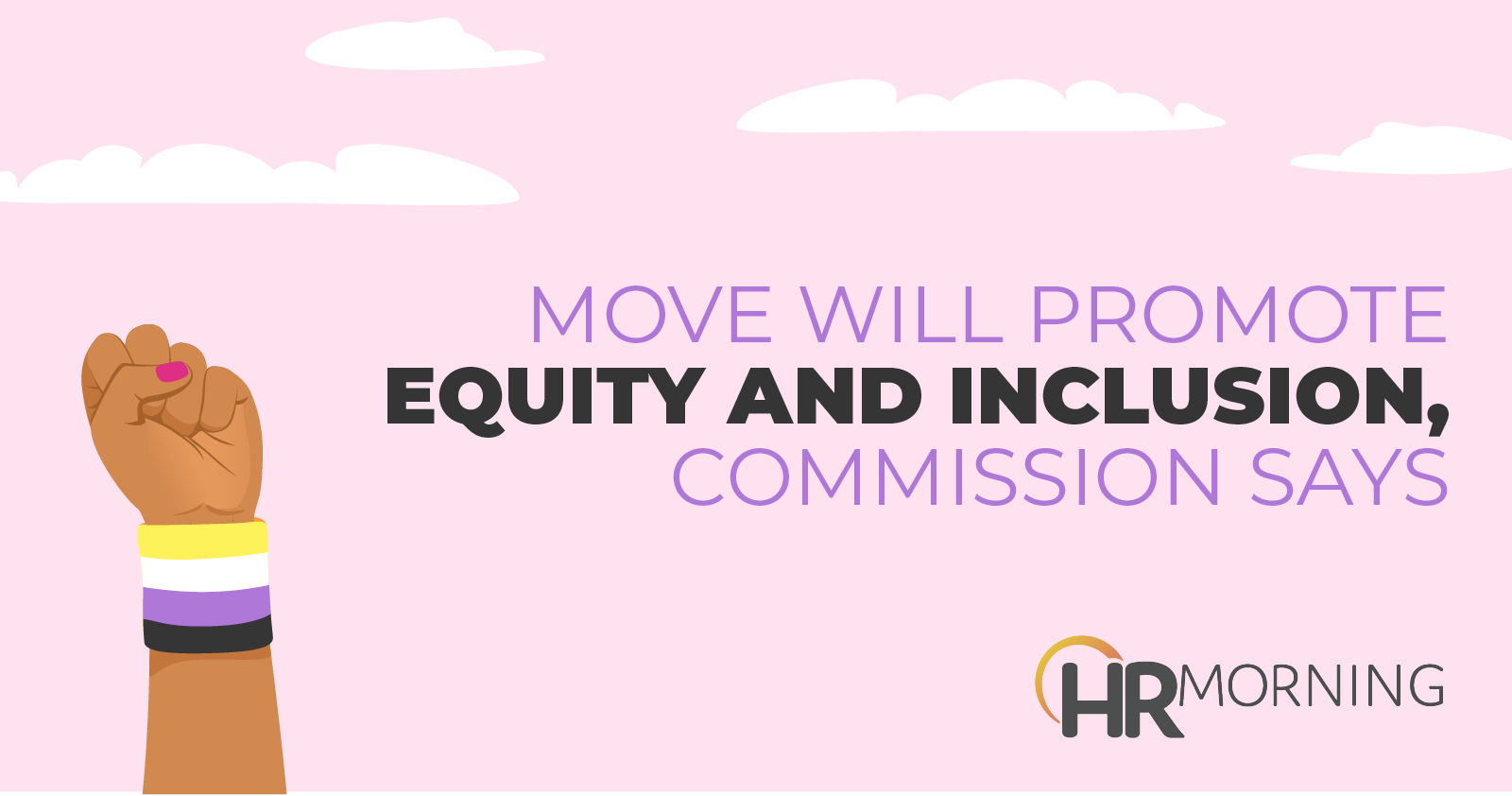 The EEOC made an important step toward greater equity and diversity recently.

Making the announcement on Transgender Visibility Day, the EEOC shared it will now allow employees filing discrimination claims to select an “X” as their gender on the forms, signaling they identify as non-binary.

Along with this change, the EEOC will also update its online public portal demographic questions to include this non-binary option. Additionally, people will now be able to select the prefix “Mx.”

“The addition of a non-binary gender marker to the EEOC’s charge intake process will be an important step to promote greater inclusion for the members of the LGBTQI+ community,” said EEOC Chair Charlotte Burrows. “To advance our mission to prevent and remedy employment discrimination, we must serve all workers, including those who don’t identify as male or female. Our public-facing forms should make clear that we respect that diversity.”

The EEOC isn’t the first government agency to making this change. The CDC released a proposal earlier this year laying out best practices for defining the “X” gender marker, and how to be inclusive while also prioritizing people’s privacy and safety.

Some alternatives to the non-binary “X” include allowing people to select “unspecified” or “other gender identity“.

The non-binary “X” is finding its way onto other official documents, too. Twenty-one states and the District of Columbia provide this option for residents’ birth certificates and driver’s licenses.

The White House also announced more positive changes in regards to non-binary and transgender people. Starting this fall, people will not have to show proof of identity to update their gender information on government records. President Biden said this will significantly help non-binary and transgender people apply for jobs and access retirement funds.