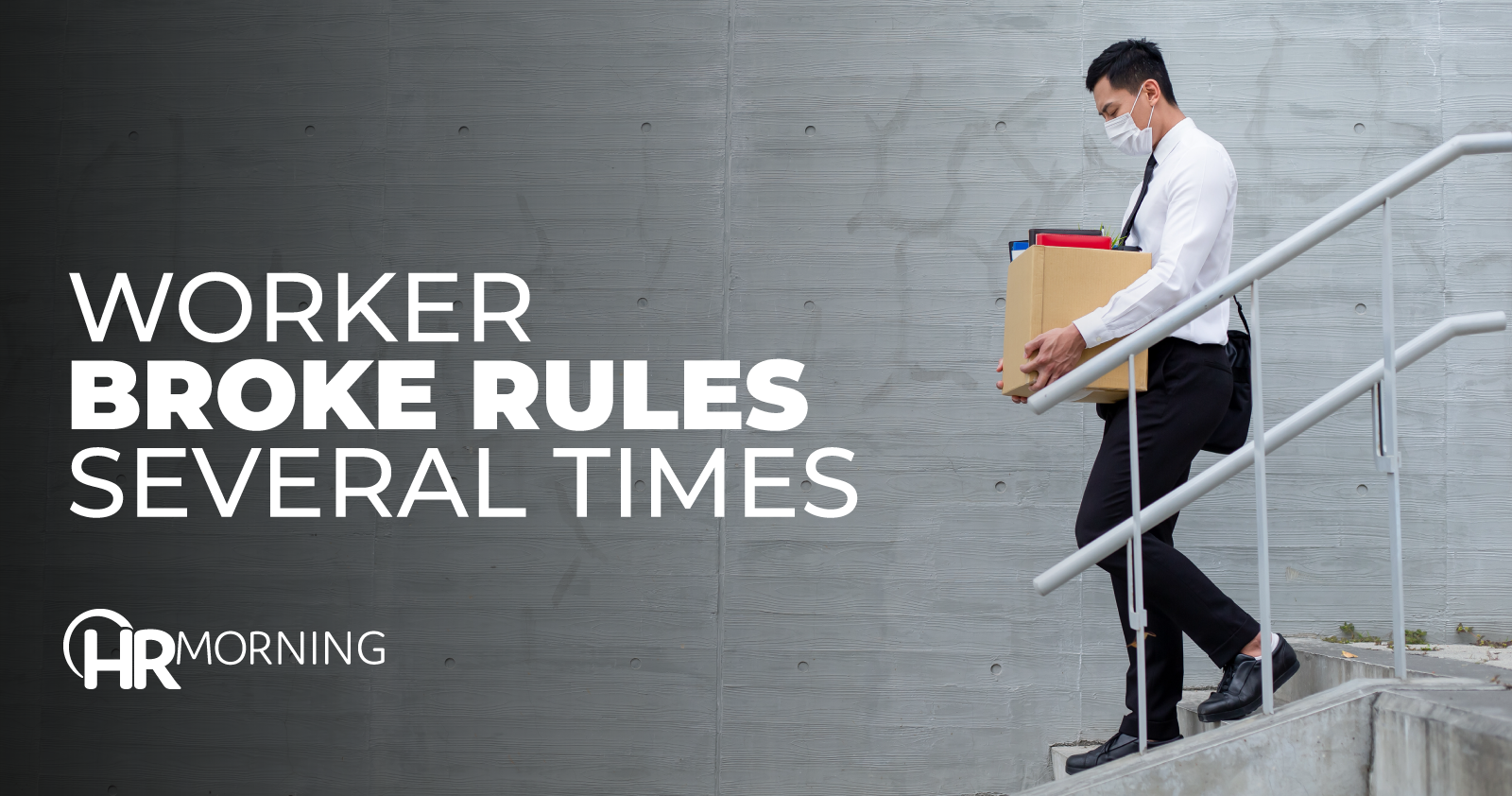 When an employee violates a policy but also has complained of discrimination, firing them can get tricky.

And when one employer dismissed an employee for breaking the rules, she ended up suing for racial bias.

Monica Bush worked as a patient-registration specialist at ProMedica Toledo Hospital in Ohio. There was a designated parking area employees were supposed to park in.

However, Bush got into the habit of parking in the ER parking lot so she could run into the hospital and clock in in time for her shift. Bush would then come back outside and move her car to the correct parking lot.

A security guard saw Bush doing this and warned her she needed to stop, as she was taking up spots for potentially emergent patients. Bush argued with the security guard. They had additional run-ins when Bush continued temporarily parking in the emergency lot.

After one heated argument, Bush went to HR and filed a complaint, saying “maybe if I had a different skin color he would’ve handled the situation differently.”

Bush’s issues didn’t stop there. Later, she got into an argument with a doctor in front of a patient. She was written up for both the parking incidents and this, and eventually, Bush was let go.

She sued, claiming her firing was racially motivated.

A court sided with the hospital. It said in order for Bush to prove her race had something to do with her termination, there had to be similarly situated employees who were treated more favorably. However, Bush couldn’t point to any colleagues of other races who hadn’t been disciplined for parking in the ER lot.

The court decided Bush’s firing had nothing to do with her race, making her policy violations the culprit.

This case acts as a reminder to always document when employees break rules, and when they do, to discipline all workers equally. If you show someone preferential treatment, it could result in costly lawsuit.