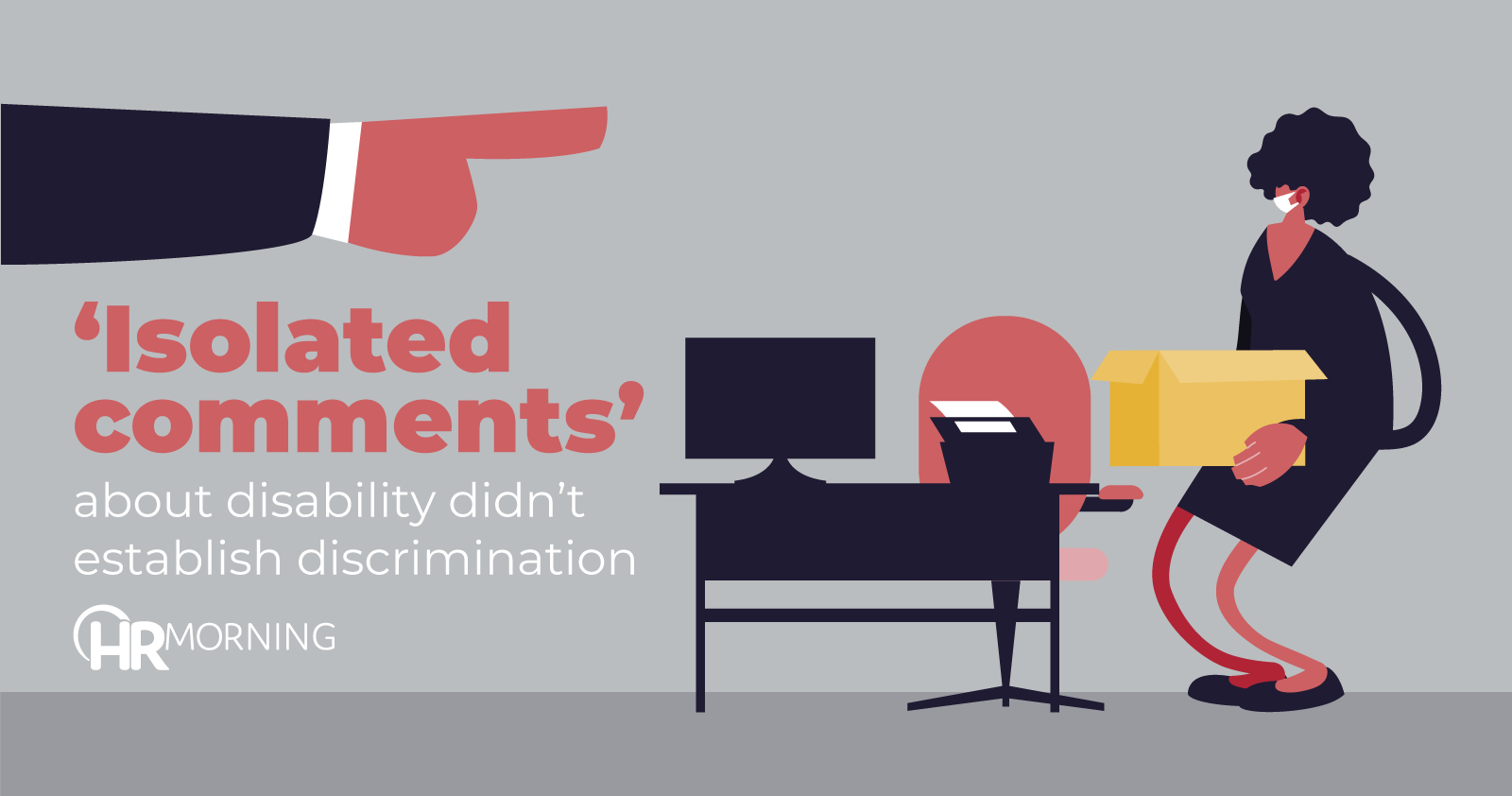 Often, one or two offhand comments can be enough to establish discrimination.

But in this case, an employee’s firing was due entirely to poor performance, and not their manager’s discriminatory comments.

Carl Castetter worked for Dollar General when he was diagnosed with cancer. He claimed his manager “mocked and demeaned” him and made other discriminatory comments about his illness.

At the same time, Castetter was placed on a performance improvement plan (PIP) for ongoing issues.

Castetter was eventually fired for failing to meet the requirements of his PIP. He sued, claiming he was actually fired because of his cancer.

Despite Castetter’s manager’s comments about his illness, the court ruled in Dollar General’s favor. It said the company followed a clear disciplinary plan, and presented “voluminous” evidence of Castetter’s performance deficiencies.

The court went on to say the manager’s comments were an isolated incident and weren’t connected to Castetter’s termination.

While the company came out on top, there wouldn’t have been a case if the manager hadn’t made discriminatory comments. Without strong documentation to back up Castetter’s performance issues, the company may have lost.