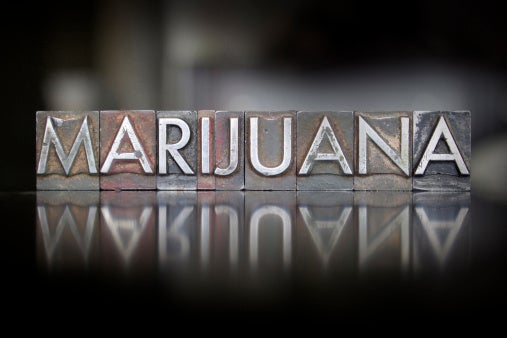 Another court has handed down a ruling on a company’s drug policy, and courts now seem to be sending a very clear message to employers: Don’t automatically terminate marijuana users with legal prescriptions just because they failed a drug test.
The most recent ruling involved Katelin Noffsinger, who was recruited to take over as director of recreational therapy at Bride Brook, a nursing facility in Niantic, CT.

Noffsinger was prescribed a daily dose of Marinol (synthetic marijuana in capsule form) to treat symptoms of her post-traumatic stress disorder.
When she was offered the job, she was asked to undergo a routine drug screening. She then disclosed her prescription and provided a medical certificate that explained she only took Marinol before bed, so she wouldn’t be impaired at work.
Regardless, Bride Brook rescinded the job offer. So Noffsinger sued, claiming Bride Brook violated the state’s medical marijuana anti-discrimination law.
Bride Brook argued federal law, which still classifies marijuana as an illegal substance, supersedes the state’s medical marijuana statute, so it could terminate her for failing the drug test.
But the court disagreed with Bride Brook. It said federal drug law doesn’t make it illegal to employ a marijuana user nor “does it purport to regulate employment practices in any manner.”
In addition, the court said that just because the ADA allows drug testing doesn’t mean the law is meant to stop states from adopting laws to prohibit employers from taking actions against someone who fails a drug test.
Result? Noffsinger’s discrimination lawsuit will move on, which means Bride Brook is facing an expensive legal battle or settlement.

This ruling comes right on the heels of another lawsuit involving an employee who was fired for using legally-prescribed marijuana. So what should employers take from these rulings?
Depending on how your state’s laws are structured, you may be obligated to seek accommodations for marijuana users – up to and including allowing them leeway under drug testing policies (as long as they don’t work under the influence and/or create a safety risk).
Because 29 states and DC now have laws permitting the use of medical marijuana, HR pros need to consider this interpretation of conflicting federal and state regs on medical marijuana and possibly adjust their own drug policies accordingly.
As Squire Patton Boggs attorney Jill Kirlila warns:

“Employers should be cautious when making any adverse decisions related to an employee’s use of medical marijuana.”