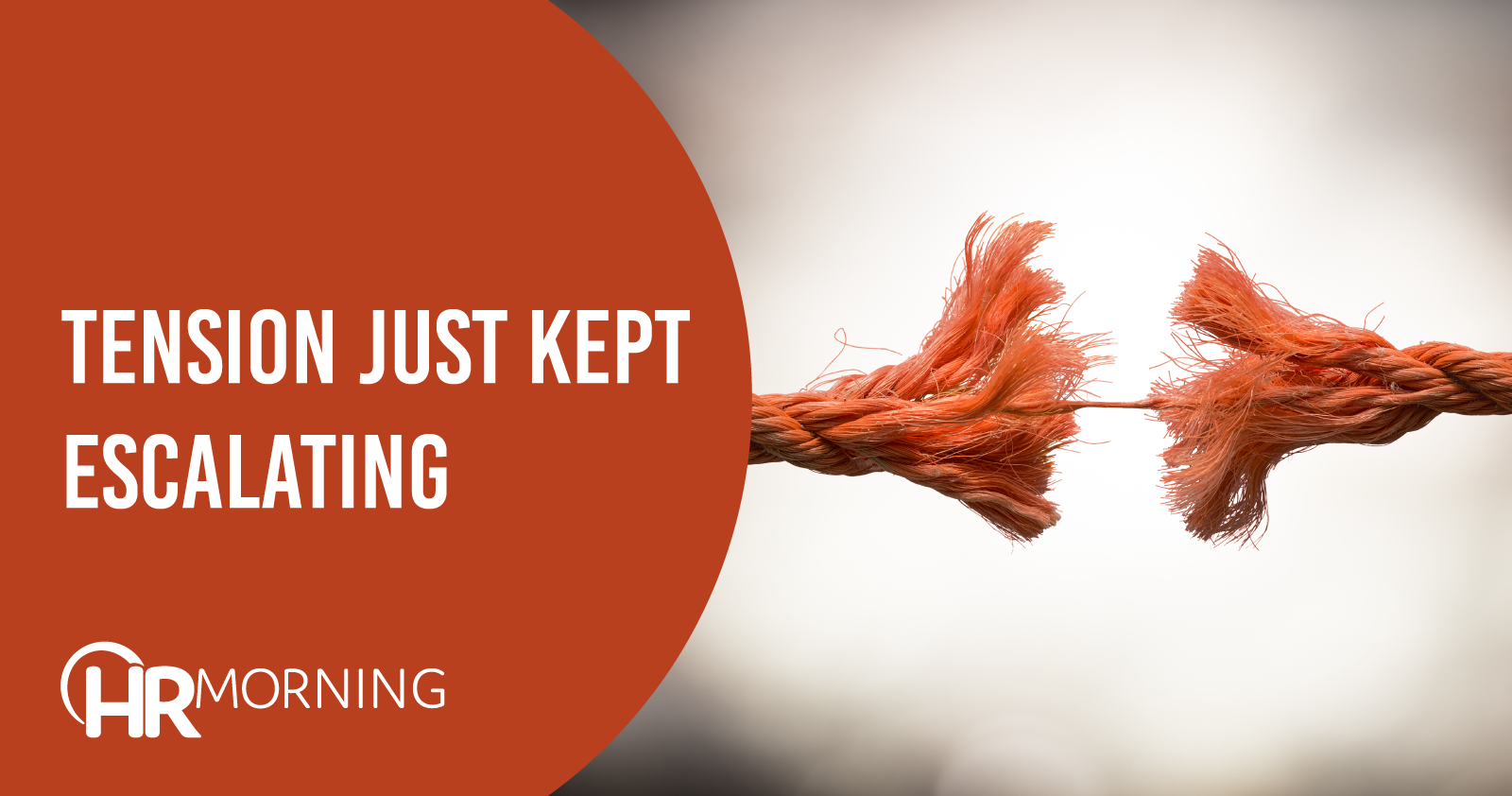 This case stems from a workplace dispute between two teachers: a white woman and a Black man.

The woman is a veteran teacher who has worked at the school for more than 20 years. The man is a tenured third-grade teacher. He’s the only full-time Black educator at the school. He’s also the basketball coach.

In March 2019, the veteran teacher said “it came to her attention” that a student was skipping an after-school academic program to attend basketball practice.

She shared her concern with the principal, who checked with the after-school teachers and notified the coach.

Meanwhile, the coach talked to an after-school teacher. That teacher said the student missed two days. Even so, the coach said he reminded the student that it was important to attend the class.

Then he circled back to the veteran teacher to discuss her concern. But it didn’t go well. The coach said the teacher seemed defensive. And the teacher said that the coach made her uncomfortable. A few days later, the coach asked for a meeting to clear the air.

From Bad to Worse

The principal sat in on the meeting between the teacher and the coach. There, the coach said he thought the issue wasn’t about the student at all. He said the teacher’s actions could’ve been motivated by race or by the fact that he was a man.

But the principal did not rebuke the coach. Instead, she said that problems like racism and sexism couldn’t be solved in a 30-minute meeting, and it was unfortunate that they hadn’t been able to clear the air.

The teacher was upset that the principal didn’t reprimand the coach for implying she was a racist. She informed them that she’d be filing a complaint.

She did so, and the superintendent conducted an investigation. The teacher filed a complaint with the EEOC and received a right-to-sue letter.

One crucial element of a prima facie claim of race discrimination is showing that the individual was subjected to “an adverse employment action.”

Here, the teacher failed to make that showing. What exactly constitutes an adverse employment action? The Second Circuit – followed by this New York court – has explained adverse employment actions as “materially adverse change[s] in the terms and conditions of employment” that are “more disruptive than a mere inconvenience or an alteration of job responsibilities.” Some examples include “termination of employment, a demotion evidenced by a decrease in wage or salary, a less distinguished title, a material loss of benefits, [or] significantly diminished material responsibilities.”

In this case, the teacher still worked at the same school; she admitted that she’d “received nothing but positive evaluations” from the principal; and she acknowledged that her salary had increased by $5,000 since the March 2019 meeting.

She suffered no adverse employment action, the court explained, so her race discrimination claim failed.

The teacher also alleged that she was retaliated against for filing a complaint with the district.

Here again, the teacher had to show that she suffered a materially adverse employment action.

According to the teacher, after she filed the complaint with the district, the principal ignored some of her emails; excluded her from a meeting about a student’s math difficulties; and favored other teachers “in the inner circle” over her.

The court said the teacher’s allegations consisted of petty slights – criticism, favoritism, snubs – that exist in many workplaces and “do not collectively amount to retaliatory adverse action.”

Thus, the court dismissed the claims and ordered the clerk to close the case.