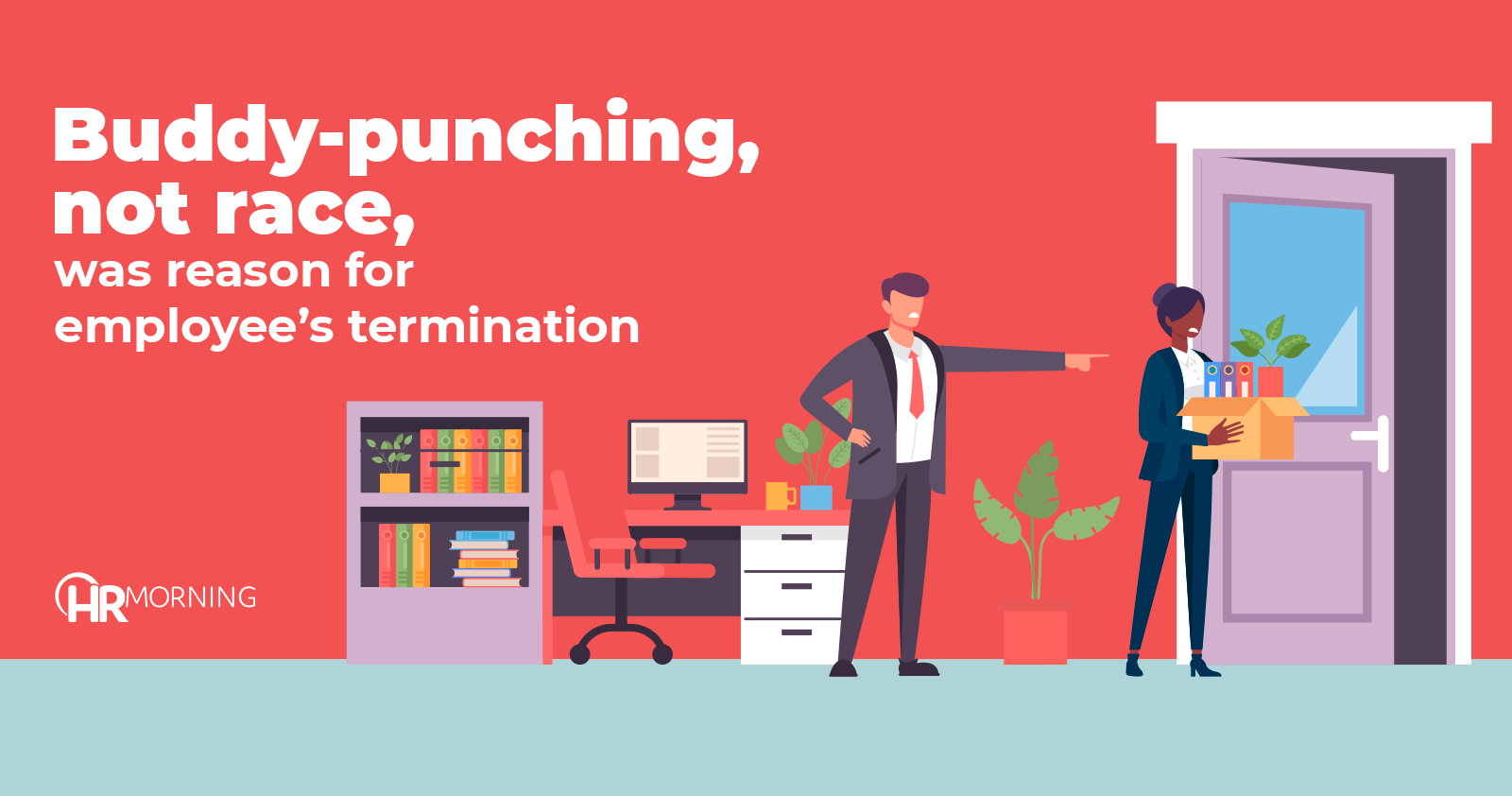 It’s never good when offensive comments are made in the workplace.

However, one company avoided a racial bias lawsuit by following its own policies and procedures.

Victoria Eaglin, an African-American woman, was a receptionist for Texas Children’s Hospital.

During Eaglin’s employment, several supervisors made offensive comments regarding her race. One manager touched Eaglin’s hair and asked where she bought it.

Later, that same manager asked Eaglin if she ate fried chicken and watermelon on holidays. Another hinted that the hospital wanted to replace her with a Hispanic employee.

After reports that Eaglin had clocked in for a co-worker who wasn’t at the hospital, management conducted an investigation. It concluded Eaglin was guilty of “buddy-punching” and fired her.

Eaglin filed a lawsuit, claiming her race was why she was terminated.

But a court sided with the hospital. It said Eaglin was fired for a nondiscriminatory reason, and the hospital had followed the correct procedure by conducting an investigation into Eaglin’s alleged misconduct.

The court agreed the comments were offensive, but in this case, they weren’t enough to prove race was the reason Eaglin was fired.