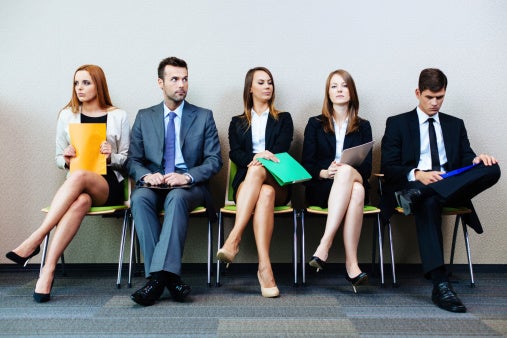 There’s room for improvement in every company’s hiring process, and a lot of the answers lie with the rejected candidates.
Many recruiters make the mistake of not communicating enough with applicants they don’t want to hire. Not keeping them in the loop can reflect badly on the company, and not asking for feedback can result in poor hiring practices going unnoticed.
Danielle Weinblatt, founder of recruiting automation software company ConveyIQ, has suggestions on how to give and get candidate feedback that will make the experience better for everyone involved.

When job seekers apply for a position and never hear back, they call that “the black hole”– and unsurprisingly, it is the most dissatisfying part of the hiring process.
This can happen when a keyword search eliminates them, or recruiters received too many applications to respond to.
“The black hole” can also happen when a company has no intention of filling the position. Sometimes, recruiters just want to see what talent is out there, and they keep interesting candidates in mind for later. The problem is, applicants usually don’t know this, and become frustrated with the company when they don’t hear back.
Weinblatt approves of general talent searching, but only if the company is upfront about it. When done openly, this method can build solid relationships with candidates. It’s incredibly important for the company to communicate with their applicants, letting them know what they are looking for, and when, Weinblatt says.
Staying in communication with candidates, even with the ones that get rejected, can result in them reapplying in the future, and also sharing their positive experience with other job hunters.

When it comes to getting feedback from candidates, typically a survey is given to those who were offered the job. There’s a big bias problem with this, Weinblatt says. By only getting feedback from the candidates you wanted to hire, you’re missing out on the thoughts of applicants you rejected. Also, by giving the survey at the end of the process, it’s impossible to pinpoint where any dissatisfaction came from.
Weinblatt says to give surveys to every candidate at every stage of the hiring process. This will help you know exactly where improvement is needed. Maybe a certain hiring manager is the problem, or maybe your 45-minute online application turns people off.
Making the surveys open-ended is crucial, too. Instead of having applicants rate things on a scale, ask them what they disliked the most about the process, or what their ideal situation would be.