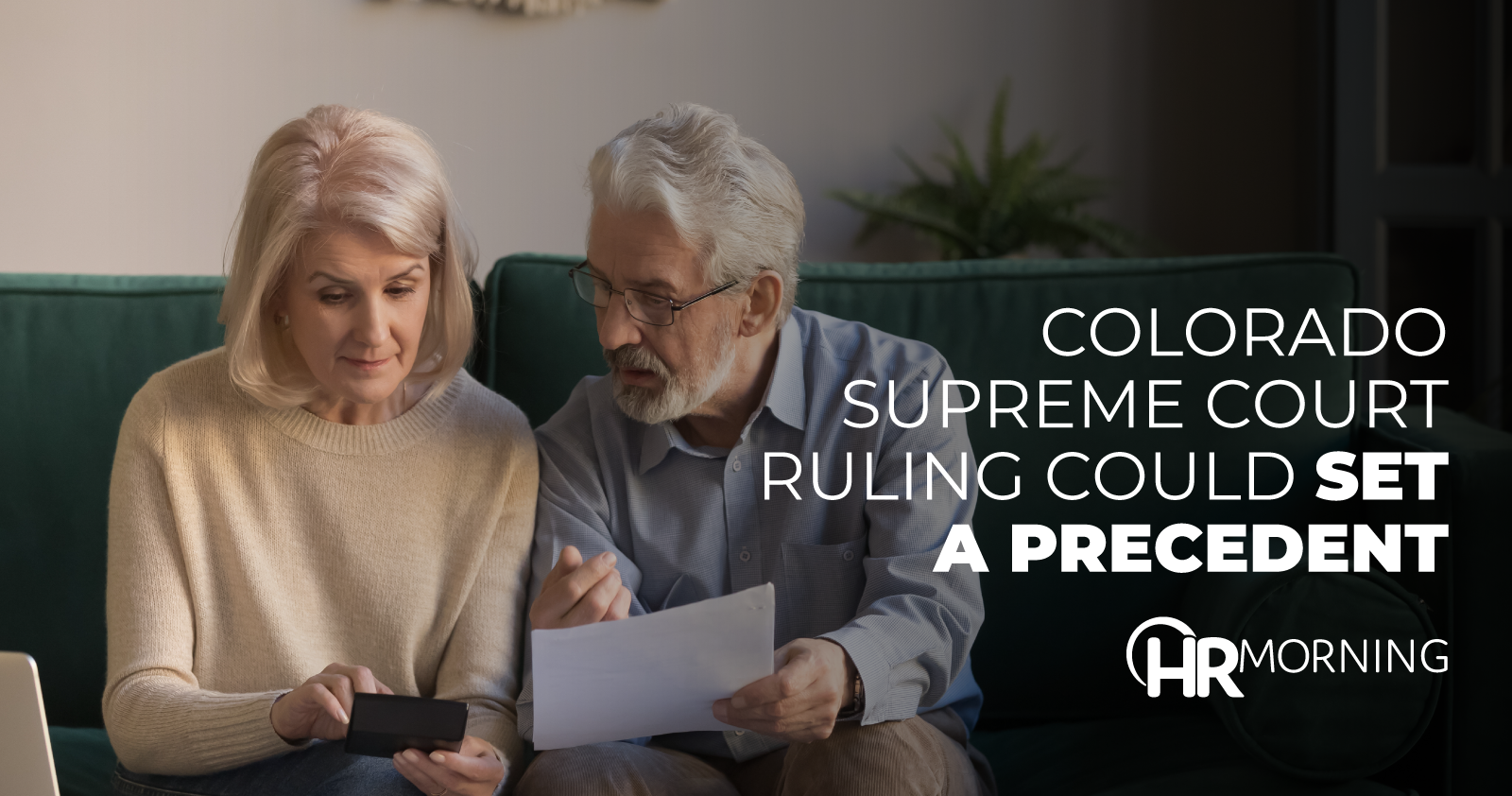 Here’s an interesting lawsuit that the Colorado Supreme Court recently ruled on concerning ex-spouses and retirement benefits. It ruled that retired public employees can’t unilaterally change their retirement plan to stop an ex-spouse from receiving benefits. Yes, it happened in Colorado, but it may set a precedent for other states. And if it does, it’s something your employees should know about.

Robert and Deborah Mack married in 1987. Soon after that he started working for the city of Colorado Springs. And he started contributing right away to his retirement plan account through PERA (Public Employees Retirement Association). He continued to do so throughout his marriage.

He retired in 2012 at which point he had three options under his PERA plan:

So, in Robert’s case, when he retired, he chose option 3 and named Deborah as his co-beneficiary.

Unfortunately, six year later Deborah filed for divorce. When deciding how to split up the PERA retirement benefits, Robert requested that Deborah be removed as co-beneficiary and change his plan to option 1.

While the retiree’s option choice is usually set in stone, there is a small exception for people who are getting a divorce. When a retiree picks option 2 or 3 and names their then-spouse as the co-beneficiary the exception states “the court shall have the jurisdiction to order or allow [the] retiree … to remove the spouse that was named co-beneficiary … in which case an option 1 benefit shall become payable.”

The judge in Robert and Deborah’s divorce determined that Robert’s PERA account was “marital property,” and it must be divided equally between them.

Robert, of course, was not happy and moved for post-trial relief. He pointed to the fact that he would receive hundreds of dollars less with option 3 than if he had option 1. And how unfair that was, especially since the exemption existed giving him that right … or so he thought.

The court, however, found that the statute’s [section 24-51-803(3.8)] language gives the court, not Robert, the “authority” to remove Deborah as co-beneficiary and change the payout to option 1. And Chief Justice Brian D. Boatright said that while Robert could make the request, Colorado law “does not obligate the court to carry out the retiree’s wishes.”

In fact, Justice Boatright said that if “shall” indicated the court was obligated to grant the retirees bidding – as Robert said it did when he defended himself before the Colorado Supreme Court – the statue would read something like, “Upon the retiree’s request, the court shall enter an order allowing the retiree to remove the former spouse as co-beneficiary and covert to option 1 benefits.”

But it didn’t, and the court upheld the pre-court judgement – Deborah stayed as co-beneficiary.