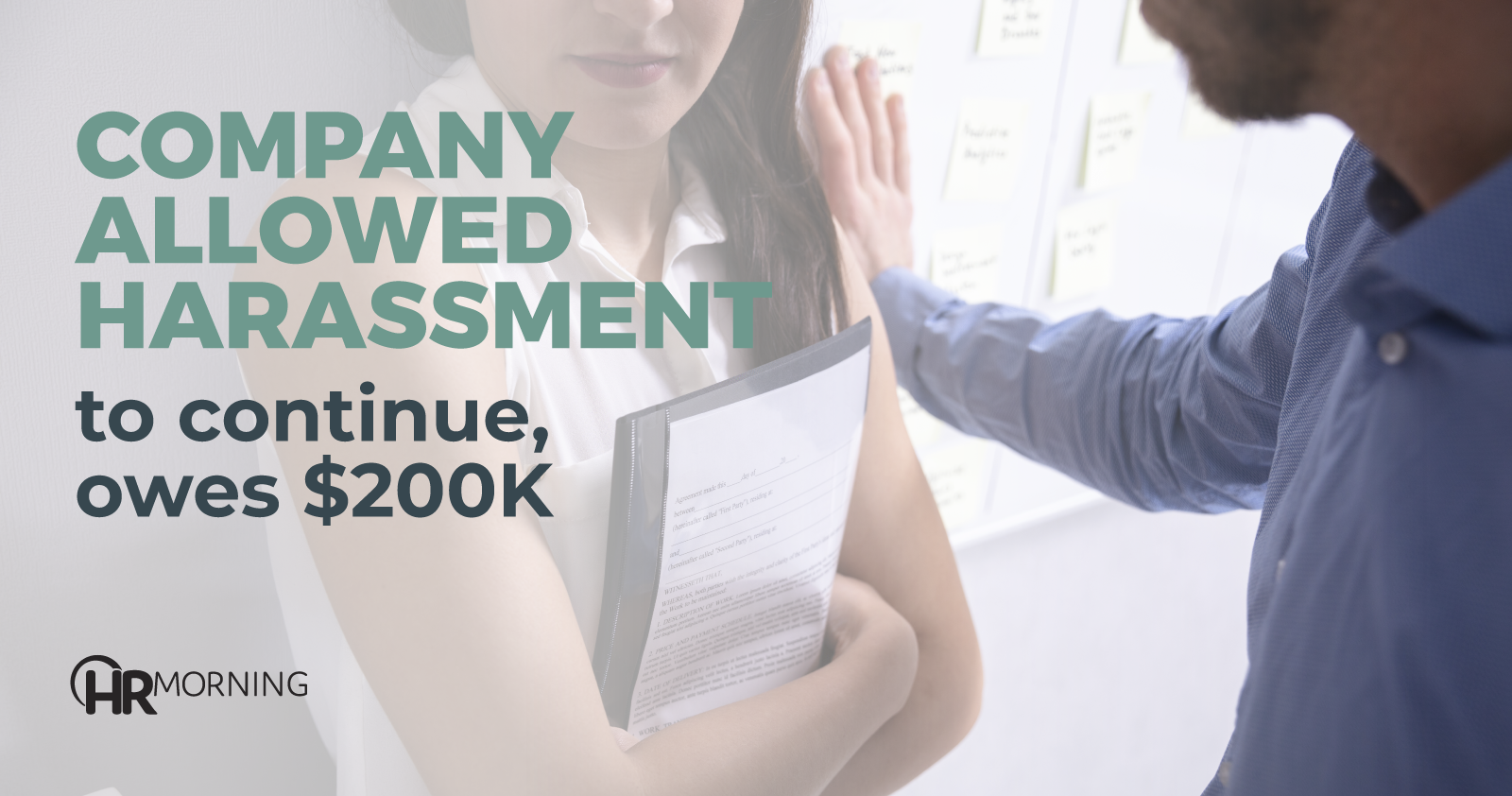 It’s bad enough when sexual harassment occurs, but it’s even worse when an employer knows about it and does nothing to stop it.

According to a recent lawsuit by the EEOC, Select Staffing in Albuquerque, NM, permitted pervasive sexual harassment to continue by failing to take action after several reports.

The EEOC alleges that multiple female employees were subjected to sexual comments about their bodies. Male employees frequently referred to them as “prostitutes” and “dumb broads,” and threw objects at them to demean them.

When the harassed employees reported the conduct, Select Staffing did nothing to remedy the situation, the EEOC said.

Select Staffing settled the lawsuit and will pay $199,500 in relief. The company also agreed to a consent decree requiring it to review and revise its sexual harassment policies