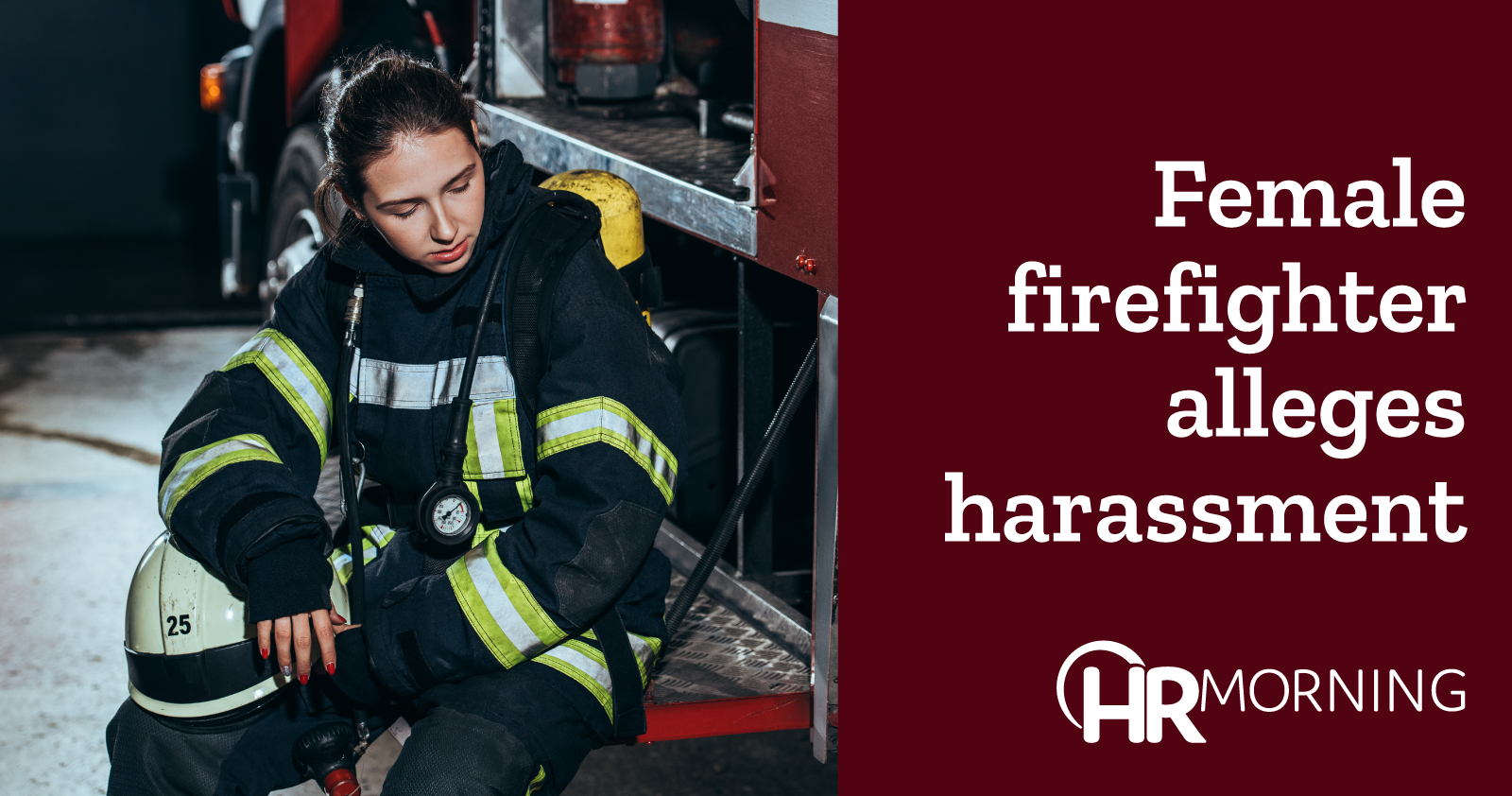 A female firefighter filed sexual harassment and sex discrimination claims. She alleged that she was subjected to severe mistreatment at work.

Jami Boss was a firefighter and paramedic for the Dubuque Fire Department.

Boss alleged that male co-workers told her the city hired her just because she’s “a girl.” They also allegedly said women are unfit to be firefighters.

She also said her station was called the “Spank Station” due to a stack of Playboys in a supply closet and the assumption that men masturbated there at work.

And she added assertions that one male co-worker sent her inappropriate texts and another stuck his hand down her pants.

She also said men were promoted over her when she ranked higher on the civil service list.

In addition, she alleged that she wasn’t provided a private, sanitary place to express milk for her baby – and a male co-worker walked in on her.

Boss said she complained but the department didn’t remedy the problems.

She sued, alleging sex bias and retaliation in violation of the Iowa Civil Rights Act.

The case is Boss v. City of Dubuque.