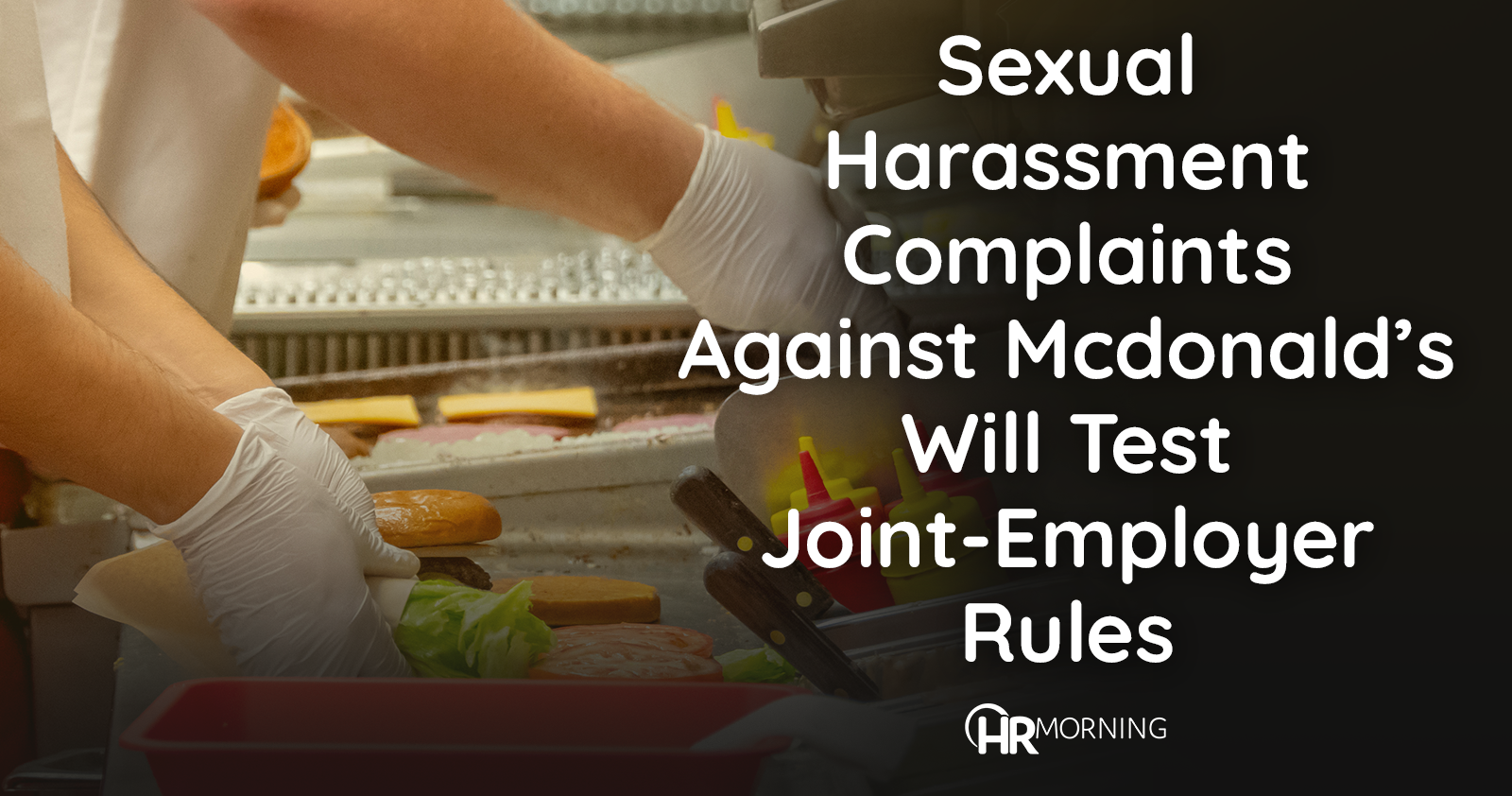 McDonald’s and a number of its franchisees face allegations of sexual harassment and retaliation in complaints filed this week.

The 25 workers allege they were subjected to unwanted physical contact and other harassment while working at McDonald’s restaurants. Some say they were retaliated against for complaining to their employers.

The Fight for $15 activist group filed complaints with the EEOC on May 21 with support from the Time’s Up Legal Defense Fund.

The latest sexual harassment complaints follow dozens of similar complaints filed in 2017 and 2018.

Those suits also seek to hold McDonald’s responsible for wage and employment violations at its owned and franchised locations.

An attorney for the women told Politico that they filed the suits at the EEOC under Title VII of the Civil Rights Act, rather than at DOJ under the Fair Labor Standards Act or NLRB under the National Labor Relations Act.

That move is aimed at sidestepping DOL and NLRB proposals to make joint employment legal standard more favorable to businesses.

Both agencies have proposed rule changes governing who is considered a joint employer for purposes of sexual harassment complaints, wage and hour and other workplace obligations.

For McDonald’s, the rules will impact whether it’s liable for violations at franchisee-owned, as well as corporate-owned, restaurants.

More businesses will avoid liability for minimum wage, overtime, and similar claims under the FLSA and NLRA if the proposed joint employer rule changes happen.

In addition to questions of legal liability for sexual harassment complaints, uncertainty around whether franchises are independent businesses has complicated McDonald’s workers’ efforts to unionize.