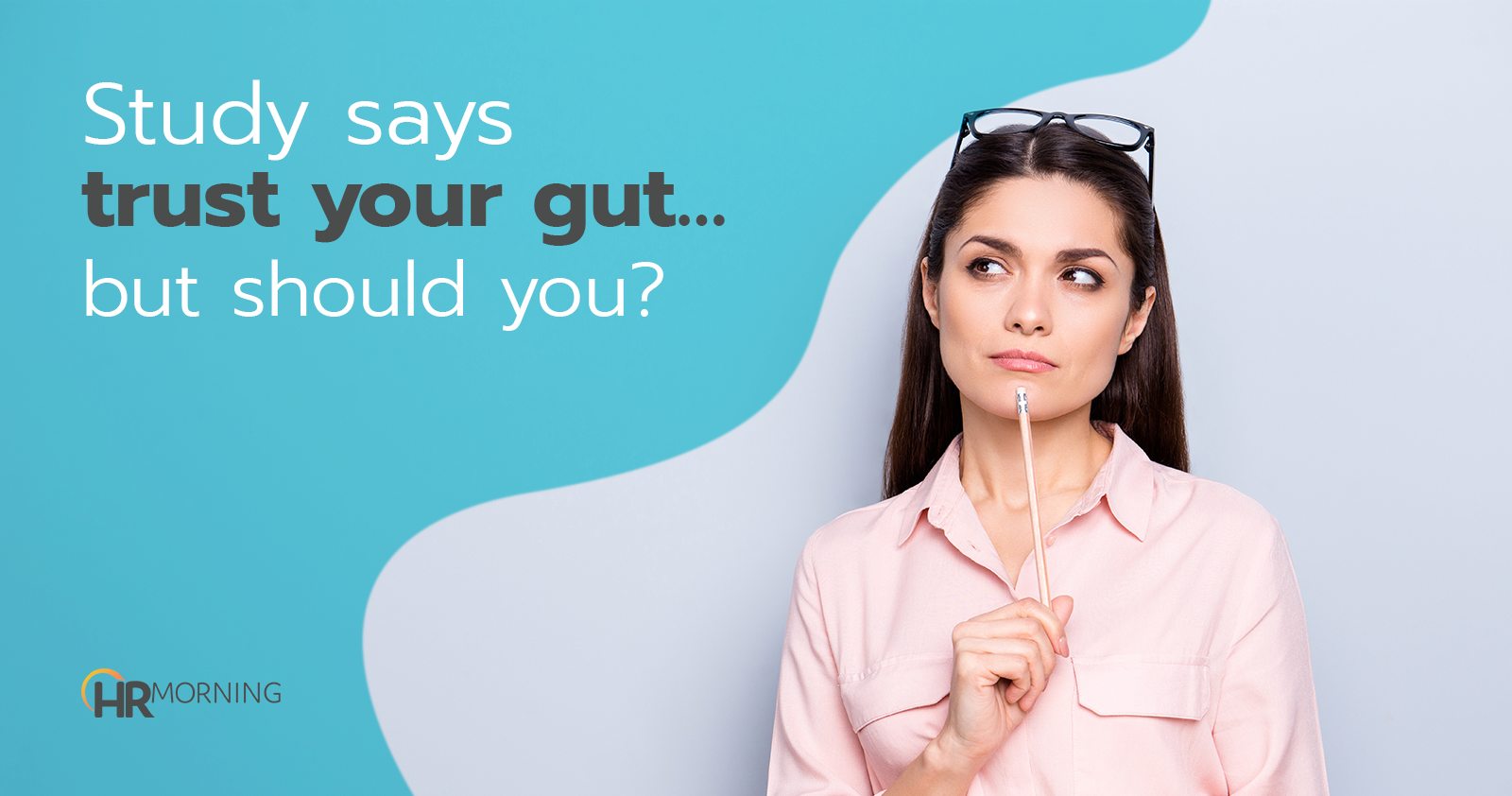 With so much riding on HR getting hiring, promotions and, yes, firing right the first time, it’s natural that HR pros sometimes second guess decisions.

But would you still be tasked with making those decisions if your instincts weren’t usually right?

Well, a study out of the UK suggests you listen to your more confident inner voice on this question, too.

Three British scientists studied gamblers to see who made better predictions about the outcome of sporting events, the ones who stuck with first instinct or those who changed their minds after pondering for a while.

And, sure, you aren’t paid to bet on the Super Bowl. But the scientists say their findings likely apply to any situation where people are making educated guesses about how things will turn out in the future.

The authors say the results show that “game players would have been better off sticking with their first judgments rather than ever revising.”

And, they add, if you are going to change a decision, do it quickly. Analyzing a situation for a longer period of time led bettors to less accurate results than those who changed their minds within a few minutes of the original decision.

And, bringing it directly home to your HR team’s performance, they conclude the results look like they could be relevant in other contexts, “such as in company management and planning, financial markets and macroeconomic policy.”