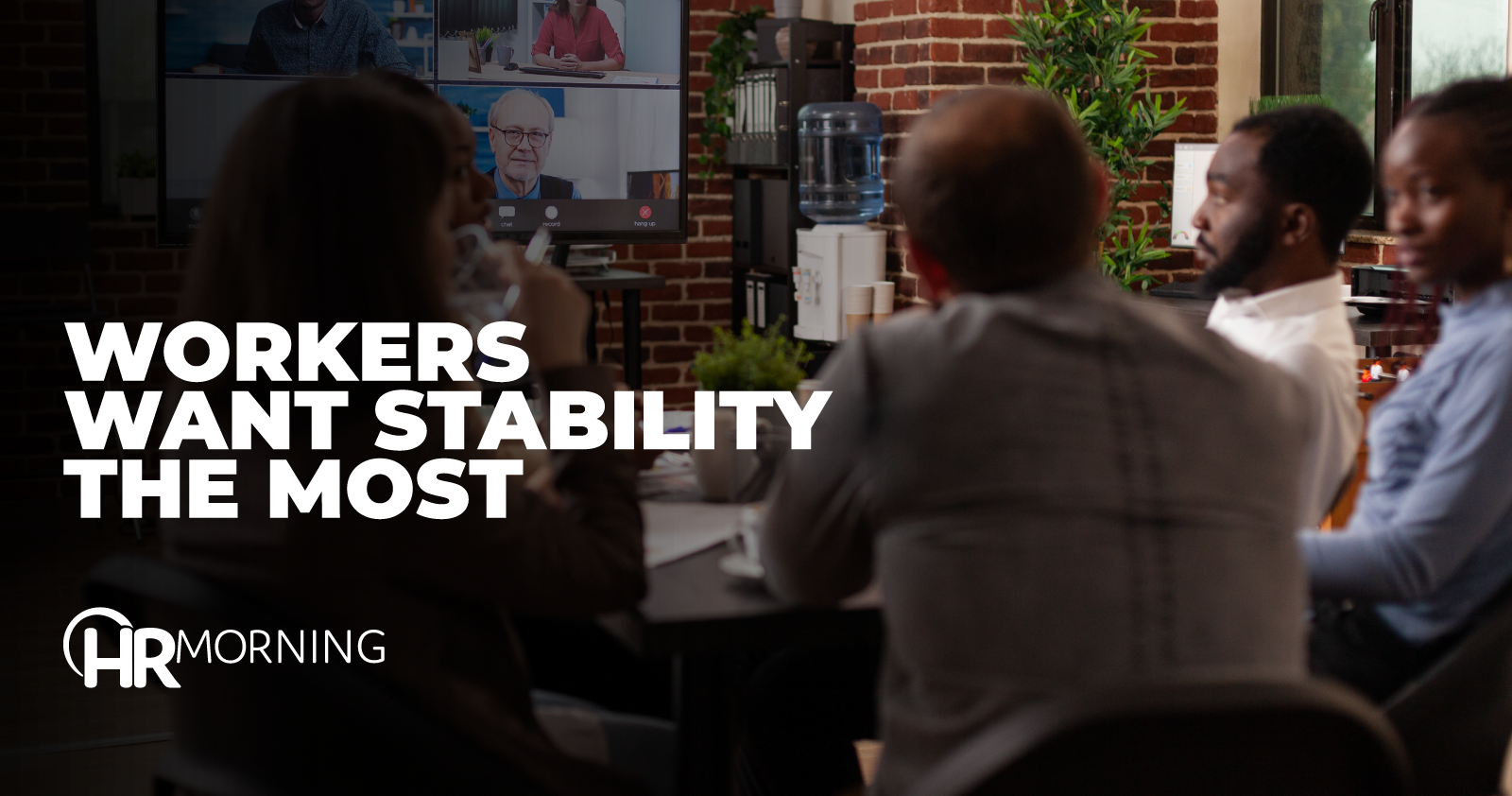 There’s been a lot of conflicting reports when it comes to employees’ working arrangements. Some never want to return to the office, while others want that “normalcy” back.

But a new study found it’s not necessarily a specific arrangement employees want most — they want stability.

International talent company Yoh conducted a survey of American workers and found that the majority want to keep the working arrangement they currently have, whatever that may be.

Of those employees working remote full-time, 62% want to stay that way. Only 32% of remote workers want to move to a hybrid work arrangement, and a mere 6% are interested in going back to the office in-person full-time.

When the same question was posed to hybrid employees, the majority (54%) wanted to stay hybrid. Almost one-third of hybrid workers were interested in a fully remote arrangement, and only 16% wanted to return to the office full-time.

As for employees who are working completely in-person, 42% want to stay that way, 30% would like hybrid, and only 28% would want to work fully remote.

These results are interesting, as many employers may have assumed remote or hybrid work arrangements are the most popular options. Yoh says companies shouldn’t assume they know what employees want — most of those coming into the office all the time would like to keep it that way.

And since employees have proven they can get their jobs done from practically anywhere, employers might want to offer their people work arrangements of their choice.

Yoh found some other results that may surprise employers, one being that working parents aren’t more likely to want remote work than non-parents — 19% of those with children want full-time remote work, and 20% of those without children do.

Another interesting finding: Women who work in person all the time are more likely than men to want to work from home full-time (7% of respondents v. 2% of respondents, respectively).