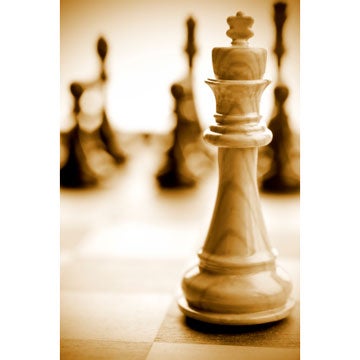 In this uncertain economy, smart companies are taking steps to ensure their productivity and profitability. How’re they doing that? Succession planning.
What can a succession plan going to do for your company?

Why’s succession planning so important now?
Years ago, companies often had numerous managerial levels, and supervisors had more time time to spend training and coaching individuals.
And employees expected to stay with employers – in a lot of cases, for their entire careers.
So there was a greater familiarity between the rank-and-file and management. Managers saw employees grow and develop over a number of years. When new positions opened as the company grew, they knew which employees were ready to step in.
Today, however, we’re in the era of staff consolidation and downsizing.
It’s a lot tougher for managers to give individuals much personal coaching —  first, they have a lot less time, and second, people don’t stick around long enough.
And since many companies’ comp structures are now based on production, a lot of supervisors see themselves as more “project managers” than “people managers.”
The end result: Many companies don’t really know what their employees might be capable of achieving. They only know what they’re capable of doing right now.

It’s important to differentiate succession planning from other strategic staffing plans, says William J. Rothwell in a Dale Carnegie white paper entitled The Nuts and Bolts of Succession Planning.
What it’s not is replacement planning, Rothwell says. That’s the process of identifying individuals within an organization, and often in the same division or department, who would be best-equipped to serve as backups for current employees.
Rreplacement planning is an important part of an organization’s overall overall operating strategy. But succession planning takes a much broader viewpoint – its focus goes to the total operation, not individual positions, departments or divisions.
Here’s an example of the structure that many organizations use to set up their succession plans:

The most logical place to start, right? A position is determined to be key or critical under the following criteria:

Once key/critical positions and high turnover classes have been identified, the next step is to identify the specific skillsets required by each job.
Questions to ask:

Here’s where the rubber meets the road. The data’s been collected and analyzed; now it’s got to be used to build a structure that will ensure companies will have the right people in the right spots at the right time.
A succession plan has four specific goals:

The bad news: It’s not easy

It’s hard to plan a route to an unknown destination. So any effective  succession planning program requires that leaders determine the critical issues the company — and the overall industry — will be facing, both short- and long-term.
Then, of course, leaders have to assess how well their current workforce is equipped to handle those challenges.
Obviously, an organization can establish an overall strategic plan without a specific succession strategy.
But the act of establishing the overall plan paves the way for a more nuts-and-bolts approach to future staffing — and increases the likelihood of genuine management buy-in for the succession plan.