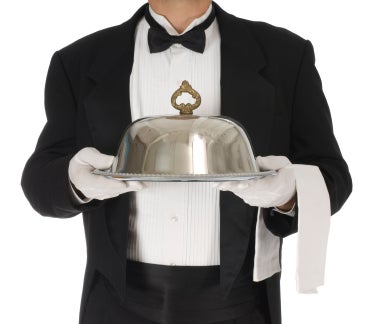 If an employee is “aggressive, rude and disrespectful,” you have a pretty good reason to fire them, right? But what if that behavior is cultural, and they claim discrimination?
That’s exactly what happened at a Canadian restaurant. A French waiter, Guillaume Rey, filed a complaint with British Columbia’s Human Rights Tribunal, saying his employer discriminated against his culture by firing him for his behavior.

The restaurant says that Rey violated its code of conduct several times and received verbal and written warnings about his behavior. Nevertheless, Rey continued to be rude to customers.
After he was let go, Rey filed a lawsuit, claiming he was fired for being French. While he doesn’t deny his rude behavior, he says that’s just how his culture is. According to Rey, French people “tend to be more direct and expressive,” and being trained in the hospitality industry in France gave him a “direct, honest and professional personality.”
Both the restaurant and Rey say that he was good at his job, apart from his demeanor.

The restaurant tried to get the complaint dismissed, but Rey will get the chance to present his case. Tribunal member Devyn Cousineau said:

“Mr. Rey will have to explain what it is about French heritage that would result in behavior that people misinterpret as a violation of workplace standards of acceptable conduct.”

While not an expert on Canadian law (and having no guess as to how this case will turn out) Evil HR Lady Suzanne Lucas has doubts about this claim. She points out that Rey moved to Canada by choice, and a big part of living and working in a different country is adapting to its cultural norms.
Lucas goes on to say that an employer is perfectly within its rights to have expectations for how employees should behave, and to discipline them for not meeting those expectations. But we’ll have to wait and find out what the court thinks.