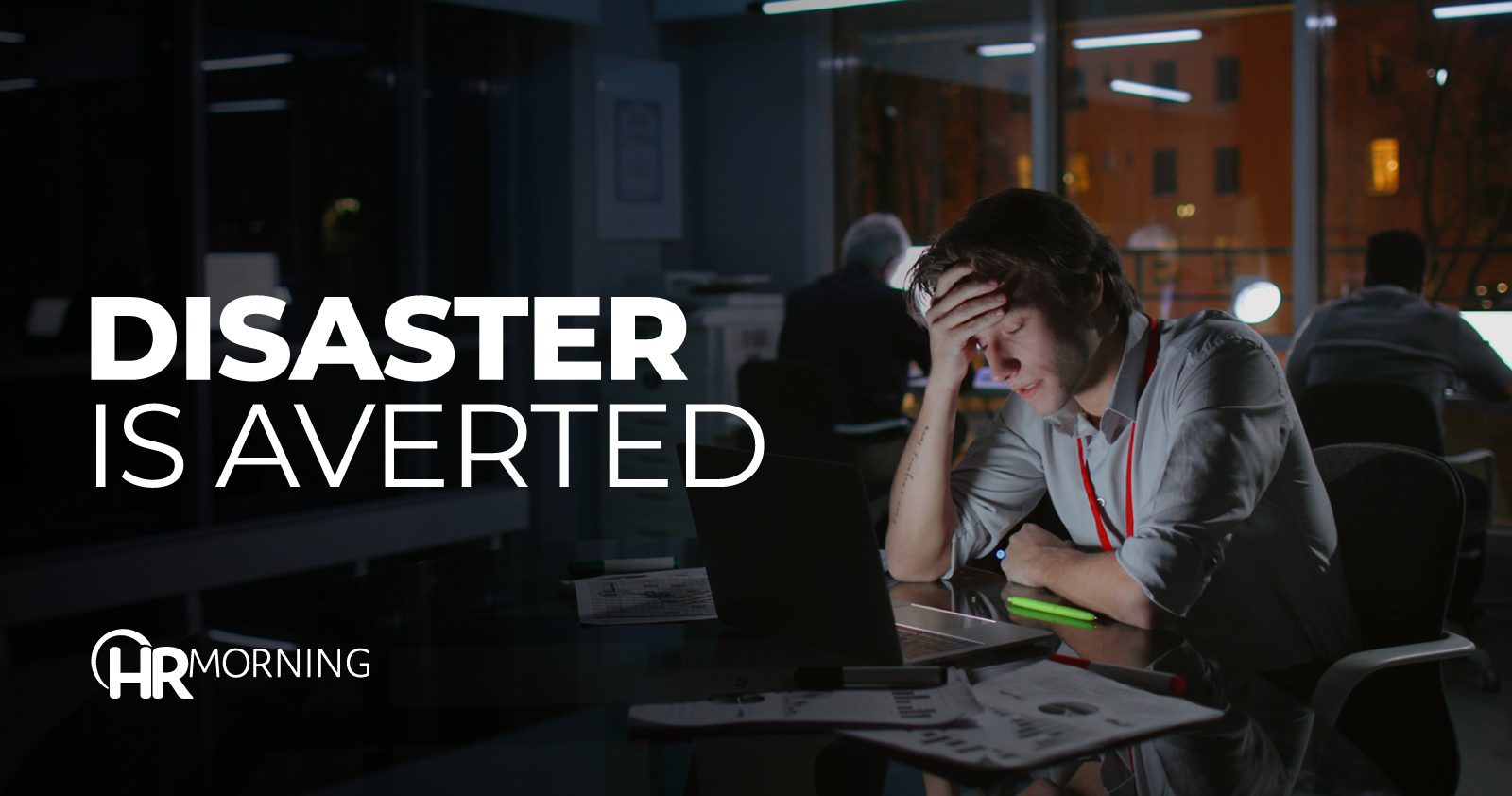 It can be tough working holidays. And Thanksgiving, with all those Norman Rockwell images of happy families, can be one of the toughest.

The corrections officer in the following case actually got suicidal while working a shift on Thanksgiving.

And if something like that happens to a subordinate on your watch, you could do worse than the supervisors’ immediate response here.

One vital detail? When the officer realized he was drowning, he reached out to a colleague, who then called a captain and a lieutenant. They saw that he got the right support.

CoreCivic of Tennessee (CCT) is a national private prison contractor that operates a facility in Pinal County, Arizona.

In 1995, (CCT) hired Raymond Lohr as a corrections officer.

In November 2018, Lohr was on duty in a perimeter vehicle on Thanksgiving night. As part of the assignment, he was armed with a handgun and a 12-gauge shotgun.

While patrolling alone, he started ruminating about what the decision calls “recent misfortunes in his family life.”

Lohr started having suicidal thoughts, later saying that he reached a point where he didn’t care if he lived or died.

But he snapped out of it enough to call another officer assigned to perimeter patrol. That officer then called a captain and a lieutenant.

The captain and lieutenant responded by bringing Lohr in, putting him on call to a suicide prevention hotline, and then following him home to make sure he got there safely.

The employer went on to approve leave under the Family and Medical Leave Act (FMLA).

Lohr was a bit of an FMLA frequent flyer. Over the course of his employment, CCT approved 14 FMLA leave requests for him.

In all the prior cases, CCT returned him to the same position after his leave.

Lohr exhausted that leave in early January 2019. He didn’t return to work.

On April 1, 2019, Lohr went to the Eloy Detention Center to give Jessica Parrish, a CCT human resources rep, his medical clearance to return to work in a modified duty capacity.

According to him, Parrish said the new warden didn’t want him back.

Lohr says he responded, “My father is in the hospital. My brother died. And now I’m getting fired?”

He says Parrish replied, “Well, you’re not getting fired. You can come back here and work here any time you want” – and the meeting ended abruptly when the warden called Parrish into a meeting.

Lohr says he left without understanding why the warden didn’t want him back but that he did understand he hadn’t been terminated for cause.

In July, Lohr called Parish and was told he’d been fired as of June 22.

Lohr says he got no documentation or explanation about his separation from CCT.

CCT asked the court for judgment without a trial on the FMLA claim.

The court granted it.

Employees can sue to allege the employer interfered with FMLA rights and/or retaliated against them for exercising those rights.

Lohr had the legal burden to demonstrate that the fact he took an FMLA leave was used against him in the decision to fire him, and that the evidence was strong enough to sway a potential jury. The court found Lohr didn’t meet that standard.

His pleadings claimed, “The inference is clear: Defendant’s new warden wanted Mr. Lohr gone after taking leave, and handled it in a purposely vague manner.”

To back this allegation, Lohr argued he wasn’t terminated for cause and CCT gave no other reasons for firing him.

Why he fell short

Saying CCT offered “no reason” for terminating him wasn’t enough when there was no other evidence that his termination was linked to his FMLA leave.

Similarly, saying he wasn’t fired “for cause” wouldn’t lead a reasonable jury to infer his FMLA leave had anything to do with his termination when Lohr didn’t suggest he had protected employment rights rather than only a typical at-will employment relationship that allows either side to end the relationship for any lawful reason.

The court found his FMLA interference claim failed as a matter of law.

It granted CCT judgment without a trial on that claim.