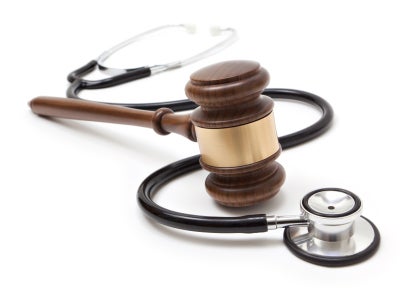 Ah, the irony: A major Midwest healthcare organization has agreed to pay $80,000 to a woman whose job offer was withdrawn — because of her medical condition.
Aurora Health Care, Inc. will fork over the $80k and furnish other relief to settle a disability discrimination lawsuit filed by the U.S. Equal Employment Opportunity Commission, the agency has announced.
The EEOC’s lawsuit charged that in 2009, Aurora withdrew a job offer it had made to Kelly Beckwith for a position as hospice care coordinator upon learning during her pre-employment medical examination that she has multiple sclerosis, a serious disease which affects the body’s neurological system.
Beckwith had been diagnosed with MS some years earlier, but had not yet developed major symptoms. At the time she applied, Beckwith was working as a nurse.
Aurora claimed Beckwith failed to disclose her MS, but the EEOC alleged that the condition was properly disclosed and that Beckwith’s MS was the true reason for the withdrawal of the job offer. The EEOC alleged that Aurora discriminated against Beckwith because of her disability by misusing confidential medical information to discriminate against her, and by using a qualification standard that tends to discriminate against those who are disabled.
The U.S. District Court for the Eastern District of Wisconsin approved a two-year consent decree.
In addition to the $80,000 in monetary relief to Beckwith, the decree contains an injunction prohibiting the company from withdrawing job offers from disabled individuals based on information learned during pre-employment medical examinations and from retaliating against employees who exercise their rights under federal law.
Additionally, the decree requires the company to adopt a written policy with standards and procedures for investigating allegations that a job applicant was dishonest or failed to disclose something during the medical examination. Aurora must keep records for all individuals whose job offers are rescinded based on information obtained in the medical examination or under its new policy and report this information to the EEOC.
According to its website,  Aurora is a private, not-for-profit health care provider operating 15 hospitals and 159 clinics in Wisconsin and Illinois, with 30,000 employees.