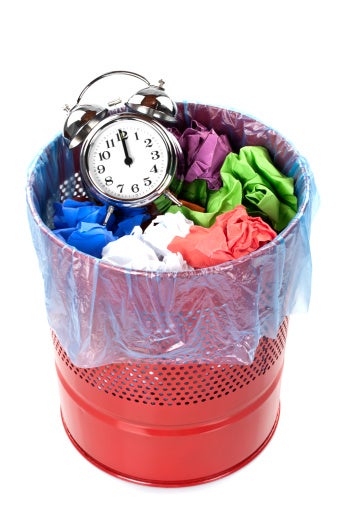 Admit it: Neither you nor your employees work nonstop throughout the day (though it might feel like it sometimes). So what are the ways that people waste their time at work — and is there anything HR can do to prevent it?
A new infographic from Yast has some interesting insights. The relevant results:

A survey from TrackVia that was released last September tackled some of the same ground with different results.
In that survey, nearly 15% of people said socializing with employees was their biggest time waster, followed by computer glitches (11%), meetings (11%) and Internet surfing (9%).

Can you stop time wasting?

Is there anything HR or companies can do to reduce the amount of time employees waste at work?
A study published in the journal Computers in Human Behavior earlier this year found that company policies to prevent “cyberloafing” don’t actually stop employees from wasting time unless they’re consistently enforced.
Researchers discovered that between 60% and 80% of the time employees spent on the Internet at work had nothing to do with their jobs.
Most companies, of course, have policies prohibiting employee use of the Internet for personal reasons, but those aren’t effective, according to the study.
Threats of termination and detection software can make some impact when it comes to pornography, personal shopping and managing finances.
But the best strategy that researchers found? Inform staffers of other employees who were disciplined or fired for inappropriate Internet usage.
Check out the full Yast infographic on time wasting below.
Click image to see a larger version