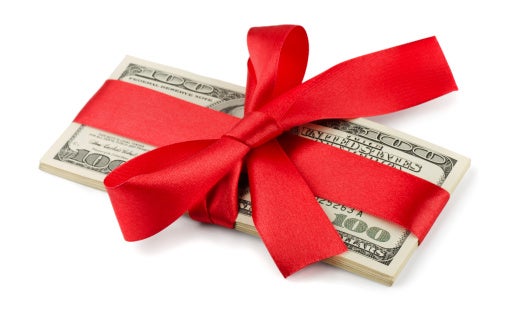 If you want to keep employees from jumping ship, you may have to loosen the purse strings a little.
Reason: A recent study found that the vast majority of U.S. employees (81%) are dissatisfied with the salary and benefits their employers are offering. And their unhappiness has a lot of workers considering asking for a raise or finding a new job.
In January, Indeed conducted a survey of over 1,000 employees across the U.S. to see what exactly workers want in terms of pay, and how they intend to discuss it.

How much more do they want?

Only 19% of respondents were comfortable with their current salary. While not everyone had a number in mind, 60% of employees said they wanted at least an additional $6,000 to be satisfied with their salaries.
Now, that’s a big jump, and a raise that high isn’t an option for a lot of companies. But the survey also found that 68% of employees would be willing to accept more benefits in the place of a salary increase. The most popular benefits were:

Who’s asking for a raise?

Forty-seven percent of respondents said they would either definitely or possibly ask for a raise this year, and nearly half of them plan on asking for a 6% to 10% increase. The survey also found that men were much more likely to ask for a higher raise than women.
About 40% of employees said they want higher pay to combat the high cost of living. But the majority, 60%, simply say that based on their performance, they’ve earned it. Forty percent of respondents also noted they have recently been given extra responsibilities, but no raise. About 20% feel a raise is overdue, or believe they are underpaid compared to their colleagues.

Who’s leaving because of money?

More than half (54%) of employees would consider changing jobs if that meant a pay increase. And the main reason for this comes down to how long it’s been since their employers have given out raises.
The average length of time since respondents had a pay raise is 17 months. Seventeen percent of employees have never received a salary increase at their current company.
With the majority of employees dissatisfied with their pay, and half who would considering leaving, it’s a good idea to prepare now for salary discussions. See if raises would be possible, and if not, there may be some creative solutions when it comes to benefits.