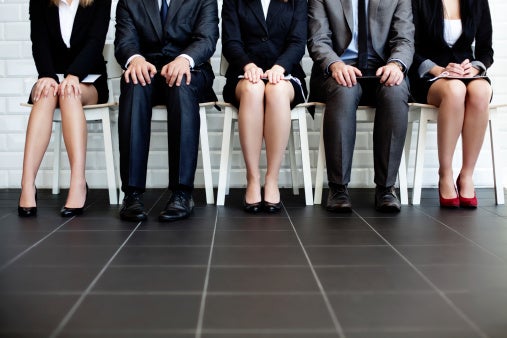 So it turns out that one in seven Zappos employees opted out of the company’s plan to eliminate managers and job titles. We’re thinking they probably made the right choice.

Let’s review: A couple weeks ago, Tony Hsieh, CEO of the online shoe retailer, issued an ultimatum to employees — if they didn’t feel they could operate under a new system that did away with traditional managerial roles, they could resign in exchange for at least three months’ severance. They needed to make up their minds by April 30.
Fourteen percent of the workforce took Hsieh up on his offer, according to the Washington Post. Hsieh declined to say how many of those opt-outs were in management or sales positions.
For the remaining 86%, the question looms: Can a totally flat structure — one that operates in “circles” of peer employees — actually get the job done?

Zappos is relying on a structure called a “Holacracy.”
Here’s a definition of Holacracy, straight off the website:

Holacracy is a distributed authority system – a set of rules that bake empowerment into the core of the organization. Unlike conventional top-down or progressive bottom-up approaches, it integrates the benefits of both without relying on parental heroic leaders. Everyone becomes a leader of their roles and a follower of others’, processing tensions with real authority and real responsibility, through dynamic governance and transparent operations.

As you might imagine, there are those who are skeptical. Take, for instance, Steve Tobak, writing on foxbusiness.com.
Tobak points out that the holocracy idea — “developed by Brian Robertson, a 35-year-old self-taught programmer with little business or management experience beyond running a relatively small Philadelphia-based software services company” — is hardly a simple, self-organizing structure.
First off, “you’d need a team of lawyers to make sense of the Holacracy Constitution, so the company’s website offers a ‘Plain English’ version that is 18,884 words (or about 50 book pages long),” he says. Then there’s a Resource Library full of developer kits, apps and content dictating everything from compensation to nutrition and partnerships.
Add to those a cloud-based tool called GlassFrog that governs meetings, rules, decision-making, checklists, projects, metrics, roles and responsibilities …
Add it all up, and Holocracy “doesn’t sound even remotely like a self-organizing, self-managing system to me. What it does sound like is a grandiose contrivance with all the bureaucracy and administrative minutiae of the federal government combined with the rigid structure of a collectivist cult,” Tobak says.

Tobak makes a strong argument, but we think he’s missing a key piece of the puzzle: human nature.
Are we really to believe that “circles” of peers are going to be able to collaborate seamlessly day-in and day-out? That there’ll be no divisive issues that arise during the workday?
That nobody will play politics?
Or throw a co-worker under the bus in order to improve his/her perceived standing?
We’re all for employee empowerment and all of those pie-in-the-sky buzzwords that are so popular now — engagement, self-actualization, onboarding. But for us, it comes down to hiring somebody to do a job and then giving them the room to do it — and more, if they’re capable.
But there has to be a place where the buck stops, and where the hard calls are made.
There has to be a boss.