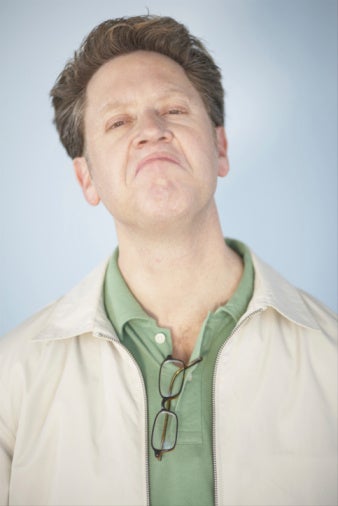 You often hear managers whining about how “you can’t fire somebody for a bad attitude.” That’s wrong — and a recent National Labor Board ruling actually confirms that.

A three-member panel of the NLRB recently issued a decision concerning Copper River, a restaurant in Boiling Springs, SC. Two employees had complained that they were fired because of earlier efforts to organize employees there.
But the employer explained that the two employees were fired for specific rules violations unrelated to organizing activities. The first was fired for continually failing to follow drink billing procedures. The second was fired for making derogatory comments about the restaurant and Copper River to customers.
It’s that second case that’s intriguing. Included in the 26-page decision (only lawyers can write that many words about two individuals getting fired from a restaurant) is a description of what the woman, a bartender, did:
After management had received a complaint about her slow service, her supervisor took her aside for a counseling session. She returned to the bar and said to some customers, “F–k Copper River.” Later, she was overheard telling other customers, “I don’t like this place. The managers are stupid.” And she expressed her disapproval of a specific restaurant rule: “I don’t know why I have to cover up my tattoo. It’s not offensive.”
The NLRB panel — which consisted of the board’s two Republicans, Harry Johnson and Philip Miscimarra, and Chairman Mark Pearce — ruled in favor of the employer by a 2-1 vote. Pearce was the dissenter.
The board pointed to Copper River’s employee handbook, which contained a ban on “(i)nsubordination to a manager or lack of respect and cooperation with fellow employees or guests,” and specified that “(t)his includes displaying a negative attitude that is disruptive to other staff or has a negative impact on guests.”

The panel’s makeup is critical

This decision illustrates that employers can win before the NLRB, but employers who maintain a similar rule should proceed cautiously. NLRB panels are randomly selected, and a panel that did not include both Republican members likely would have found the negative attitude rule to violate employees’ Section 7 rights. This decision appears to directly conflict with previous NLRB decisions, including the 2012 decision in Karl Knauz Motors, Inc. … In that case, the three-member panel, which also included Chairman Pearce, struck down a similar employee handbook rule that required courteous behavior and prohibited employees from engaging in disrespectful behavior or using language that would damage the employer’s reputation.

Shift focus from ‘attitude’ to ‘behavior’

So this decision may not be an iron-clad example of how NLRB panels will rule in the future … but it does confirm that what most managers think of as “attitude problems” can qualify as reasons to discipline or even terminate employees.
As we’ve written before, the key is a clear policy. Here’s a real-world example:

Behavior standard: Maintain a positive work atmosphere by acting and communicating in a manner that helps you get along with customers, clients, co-workers and management.

There’s a school of thought that says, “You can’t fire employees just because they exhibit a bad attitude. As long as they meet your minimum standards, you can’t let them go.”
Wrong. To begin with, a bad attitude doesn’t meet anybody’s minimum standards – and a lot of companies are making that clear from the first day of hire.
Take a look at that “behavior standard” above. It’s really about workers’ overall mindset about their jobs. It’s the way they approach getting their work done as part of a team. It’s about their attitude.
More and more employers are recognizing just how corrosive bad worker attitudes can be. After all, if an employee personally meets minimum standards, but disrupts other employees’ jobs and alienates customers, what’s the net value to the company?
Employers can, indeed, fire for attitude. The judgment process simply must go from subjective – “He’s a miserable SOB to be around” – to the objective – “His constant bickering with co-workers has caused our production numbers to drop.”
So managers should forget the term “attitude” and replace it with “behavior.”