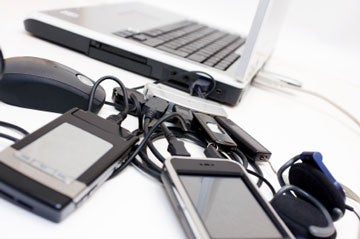 Many old-school managers think off-site employees don’t care about their jobs as much as the folks who settle into their cubicles at headquarters every day. But there’s a growing body of evidence that says that attitude is just plain wrong.
As a matter of fact, management consultant Scott Edinger says the exact opposite is often true: Employees who telecommute are more engaged and committed to their work than their office-bound colleagues.
Edinger cites a recent experience in which he was working with a financial services firm. Through an employee survey, he (and his client) learned that the team members in a different location than their supervisor actually felt more gung-ho about their work — and rated their manager higher — than workers whose leaders were in the same building.
And check this out: A recent study conducted by Stanford University revealed that people who worked from home were 13% more productive than people working in an office.

Edinger isn’t surprised by the higher level engagement of off-site workers. Too many times, he says, bosses in the same office as their reports don’t spend nearly enough time with their team members.
“I’ve heard people say, ‘The only time I really spend with my manager is when we all get together for a meeting’ — and he’s just down the hall,” Edinger said in a phone interview.
It’s all too easy to take proximity for granted. So managers who are just down the hall resort to e-mail as their main communication tool and forego the kind of one-on-one meetings that employees find most valuable.

Ironically, the level of communication between effective leaders and their team members is often the result of the challenge posed by staying in touch long-distance.
These managers make an extra effort to contact their people regularly, and then take better advantage of each contact to make sure they’ve covered all the crucial issues the team’s currently facing.

Effective remote leaders have two other techniques that keep them connected to their people, Edinger says: The use of electronic tools and making the most of those occasions when the group is actually gathered in one place.
Videoconferencing, instant messaging and, yes, the telephone all get a workout from managers who stay on top of remote teams.
And those managers also tend to pack more useful discussion, collaboration and problem-solving into the infrequent face-to-face gatherings of far-flung staffs — probably because of the “special” nature of those get-togethers.