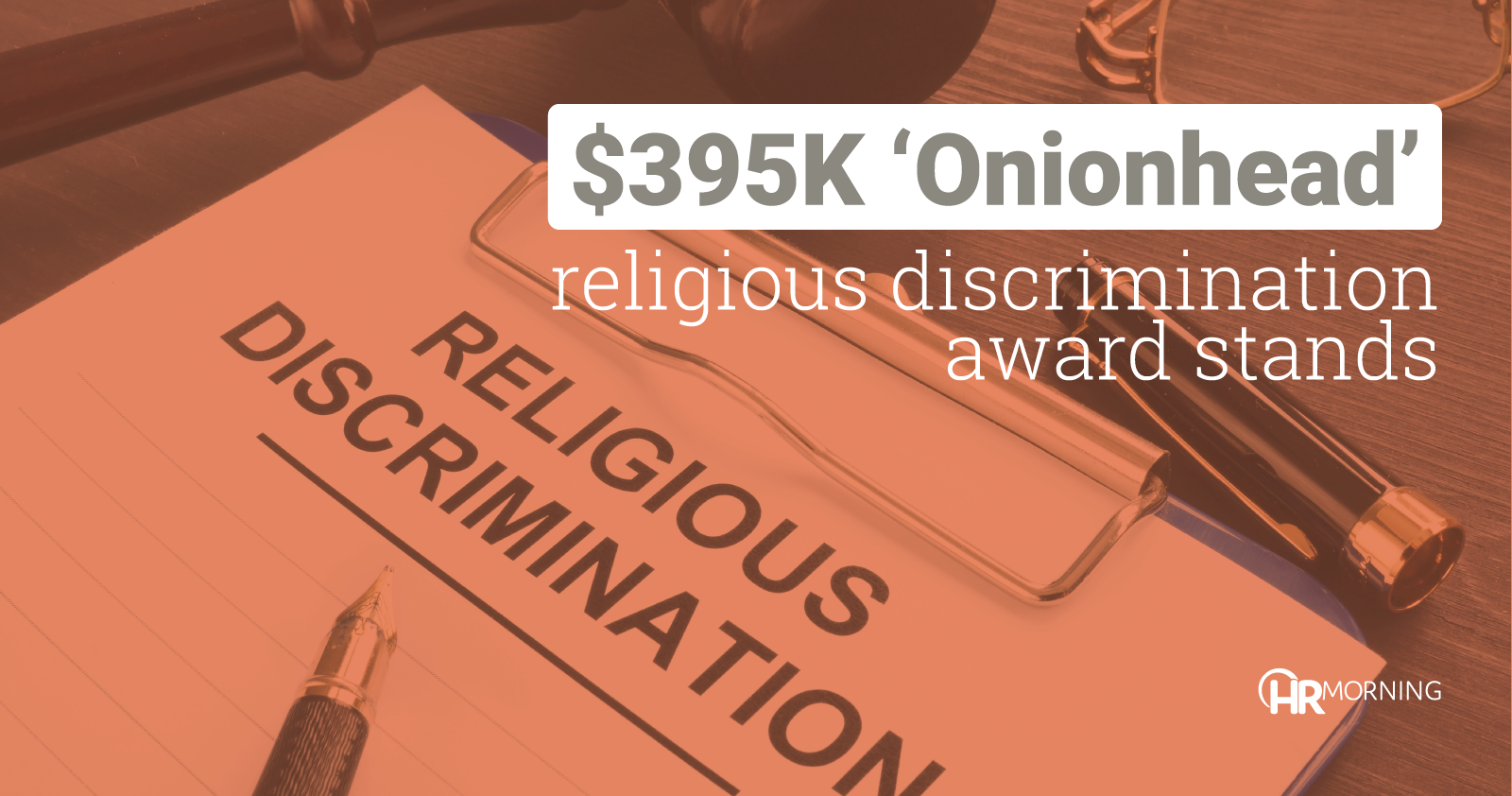 A Syosset, NY company sued by the EEOC for religious discrimination after employees said they were fired for refusing to participate in religious practices lost its bid to get a $394,991 award struck down and to get a new trial in the case.

The EEOC sued United Health Programs of America Inc. (UHP) and its parent company Cost Containment Group, Inc (CCG) in June 2014 for allegedly forcing its employees to partake in the practices of a belief system known as “Harnessing Happiness,” or “Onionhead.”

Title VII of the Civil Rights Act of 1964 forbids employers from practicing religious discrimination, including coercing employees to engage in religious practices at work. It also bars employers from firing or taking other adverse action against those who oppose such practices.

EEOC supervisory trial attorney Nora Curtin said in a statement, “The EEOC is pleased that the court upheld the jury’s verdict.”

The original jury award of $5.1 million to the nine employees for religious discrimination was reduced “due to the statutory cap on damages applicable to defendant,” according to the EEOC’s 2018 annual report.