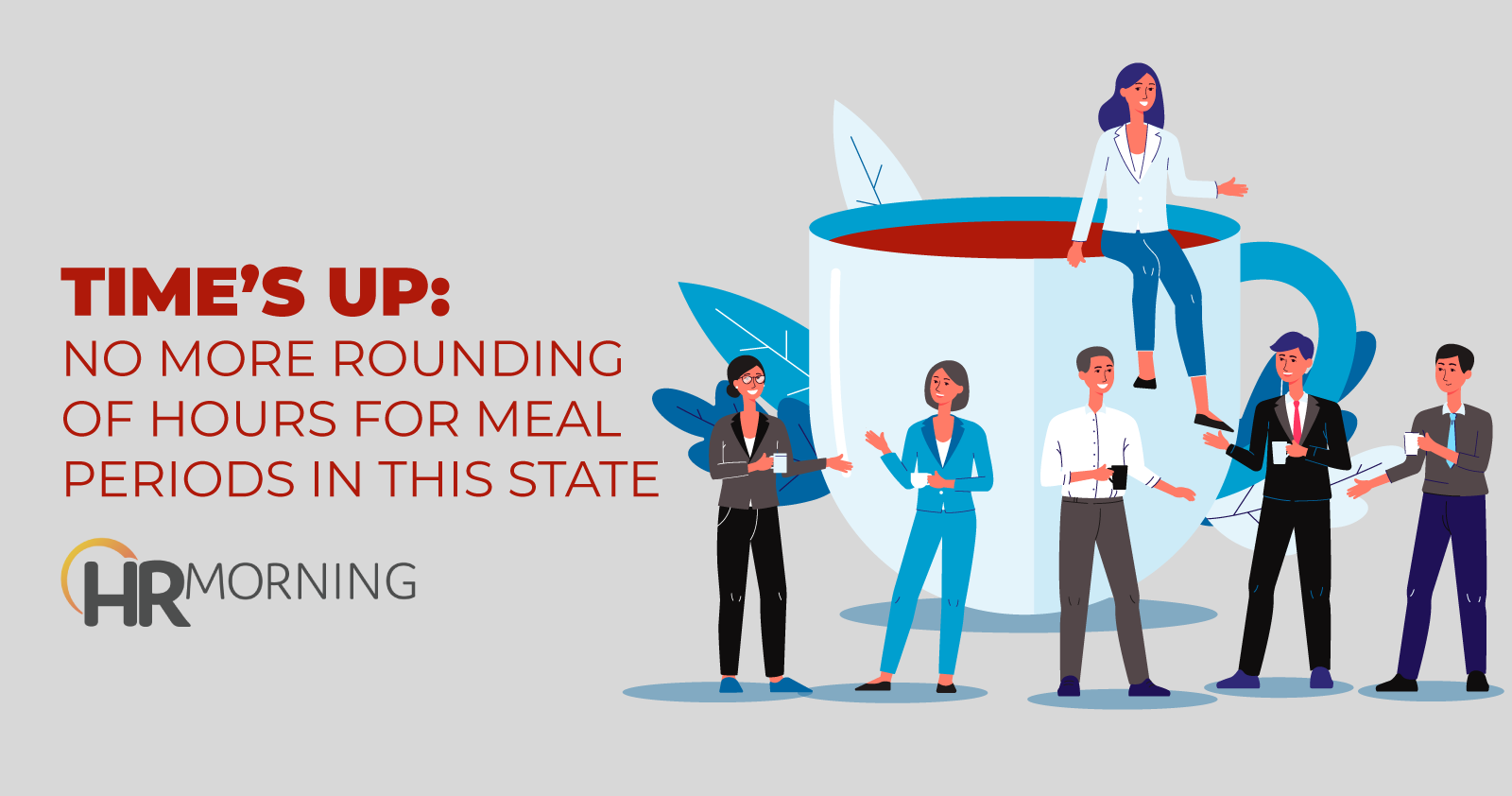 California’s highest court has ruled that employers in that state cannot engage in the practice of rounding time punches when it comes to meal periods.

The takeaway for California employers: If you are rounding meal periods, stop.

And if you are not rounding meal periods, don’t start.

Donohue did not have a set schedule, but she was expected to work eight hours a day. As required by state law, all nurse recruiters were given 30-minute meal breaks that were to begin no later than the end of the fifth hour of work.

During the time period relevant to this case, AMN used an electronic timekeeping system that rounded time punches to the nearest 10-minute increment. This practice allowed for meal breaks to be recorded as having lasted for a full 30 minutes when in fact they lasted for a shorter time.

The system also created another problem: It could record meal breaks that started more than five hours after the start of work as having started exactly five hours after the start of work. For example, if an employee clocked in at 6:59 a.m. and clocked out at 12:04 p.m., the system would record the times as 7:00 a.m. and 12:00 p.m. In this example, the system would show that the break was timely when in fact it was not.

Under state law, “premium wages” means an “hour of pay at the employee’s regular rate of compensation for each workday that the meal period is not provided.”

The trial court certified a class, and Donohue eventually filed a motion for summary adjudication. In support of her position, she provided the declaration of a statistics professor who said AMN’s system led of a denial of wages in an amount exceeding $800,000.

AMN countered this testimony with a declaration from a labor economist and statistician who said that the system sometimes paid employees for time they did not work and that the practice of rounding meal period times evened out over time.

The trial court ruled for AMN, finding that the rounding policy fairly compensated employees. After an intermediate appeals court affirmed that ruling, appeal reached the highest court in the state.

A Little Is Too Much

The court said that “even relatively minor infringements on meal periods can cause substantial burdens to the employee.” It added that forcing employees to work through their meal periods also creates concerns relating to “employees’ health, safety and well-being.” The court further pointed out that within a 30-minute time frame, “a few minutes can make a significant difference.”

Rounding is not permissible with respect to meal periods, it decided.

The court further ruled that time records showing noncompliant meal periods raise a rebuttable presumption that a violation has occurred.