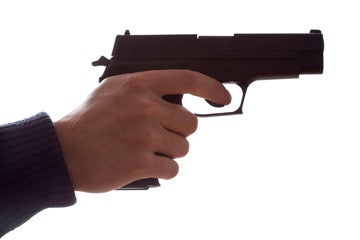 Firing an employee around the same time they took FMLA leave is always a tricky situation, but there are some clear-cut instances where an employer can easily defend its decision.

Tate Clark was a customer service agent for Southwest Airlines. He suffered from migraines and was approved for intermittent FMLA leave, which he took for four years without any issues.
The problem came when a co-worker reported a strange interaction to her supervisors. While she and Clark had been working on a shift together, she spotted him looking at trench coats online. When the co-worker asked if he was going to order it, Clark replied, “No. I wish they made it in black, so I could bring in my shotgun.”
The co-worker said this made her uncomfortable, and mentioned it wasn’t the first time Clark had talked about his guns at work.
After an investigation, Clark was suspended and then fired shortly after that for violating Southwest’s zero tolerance workplace violence policy.
But Clark sued, claiming the company retaliated against him for taking FMLA leave.

Court: ‘No evidence of retaliation’

Clark’s entire claim was based on the fact he had taken time off for a migraine just two days after the incident. Clark’s attorney argued the timing of his termination was very suspicious, and that the company used this incident as an excuse to fire Clark.
But the court decided there was no evidence of retaliation. Clark had been taking intermittent FMLA leave for several years with no pushback from the company.
More importantly, the court ruled that Southwest’s reason for firing Clark was “legitimate and non-discriminatory.” Clark couldn’t prove he didn’t make the threat of violence. He also testified that he knew about the company’s zero tolerance violence policy and received training on it.
This case just goes to show that well-written and enforced policies will help employers back up their termination decisions to a court.
Cite: Clark v. Southwest Airlines Company, U.S. Crt. of App. 5th Circuit, No. 17-51026, 4/18/18.