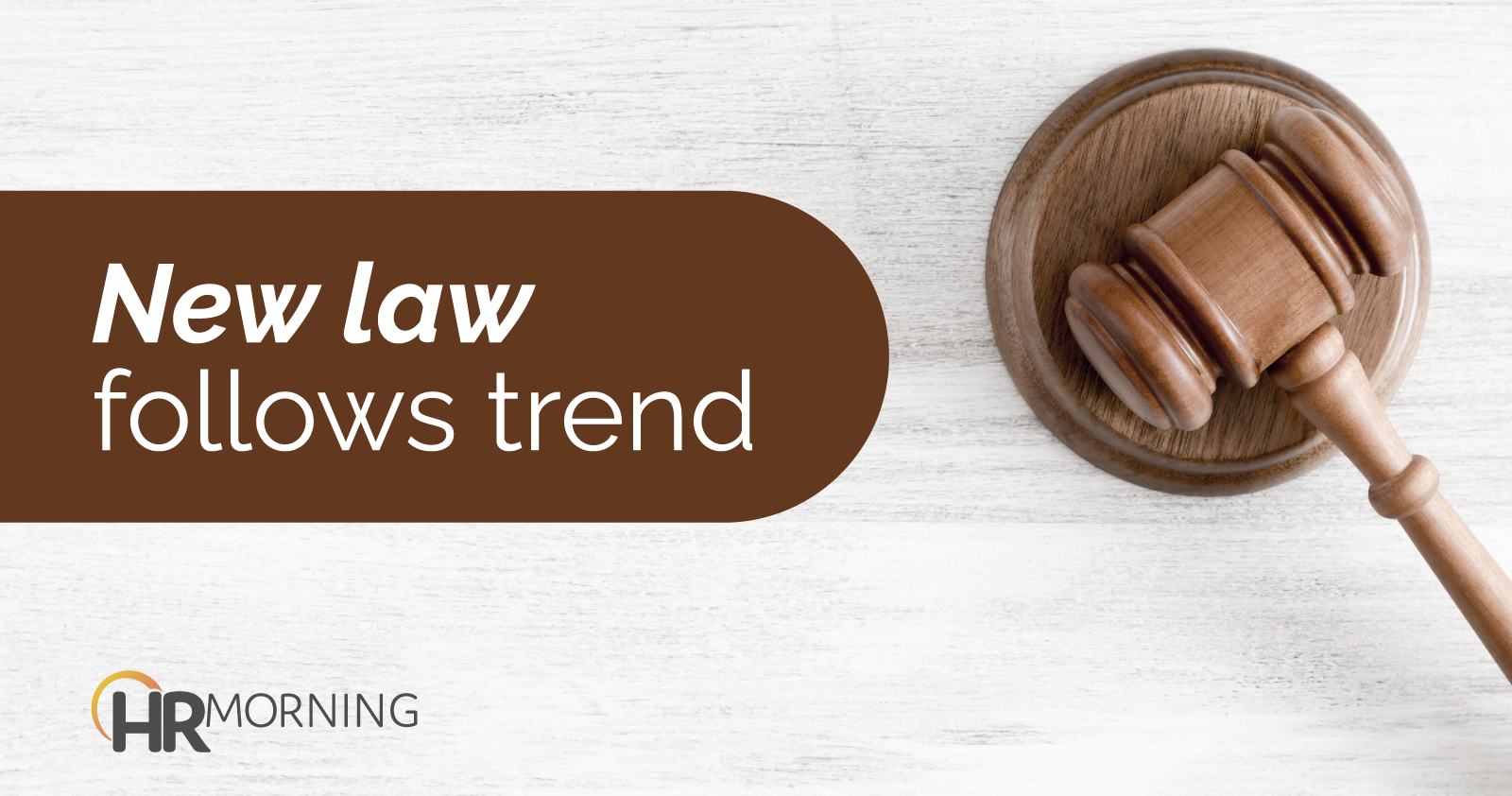 Employers have long used noncompete agreements as a way to protect confidential information, guard against losing customers and limit competition.

In recent years, however, more and more jurisdictions have taken legislative action to limit or eliminate their use.

A new Washington, D.C., law, which is particularly notable for its breadth, is the latest to join the list.

In January, Mayor Muriel Bowser signed the Ban on Non-Compete Agreements Amendments Act of 2020. The act, which is still subject to budgetary approval but is expected to take effect in October, is broader than others because it applies to all income levels. Perhaps even more notably, it bans employers from preventing employees from working for a competitor even during employment with the current employer.

You read that right: If the law takes effect as expected, D.C. employers will not be able to require their employees to sign an agreement saying they will not work for a competitor, even during their current term of employment.

The law is expansive in many ways. It applies to most employers, specifically excluding only the federal government and the District of Columbia government. “Employee” is also broadly defined, although limited exceptions apply for babysitters, some high-earning physicians, some office holders in religious organizations, and certain volunteers.

The law, which will not apply retroactively, specifically says employers cannot stop their employees from running their own business. It also requires covered employers to provide their employees with notice about its provisions.

A small consolation for employers: They will still be able to prevent employees from disclosing their employers’ confidential information.

Under the law, employers may not retaliate against employees who refuse to sign a noncompete agreement or ask their employer to give them the written notice the law requires.

The mayor would be able to assess penalties up to $1,000 for each violation of the law’s noncompete or notice requirements. Retaliation is punished even more harshly, as fines exceeding $1,000 are authorized in such cases. In addition, employers may be liable for direct payments to affected employees. For repeat offenders, the minimum payment per employee is not less than $3,000, with initial penalties ranging between $500 and $2,500.

The majority of states still permit noncompete agreements, but the list of states and other jurisdictions that have taken steps to limit or ban their use is growing.

Even in jurisdictions where they are generally allowed, noncompete agreements are subject to limitations.

In general, they are valid if they are supported by adequate consideration and are reasonable with respect to subject-matter scope, geographic area and duration.

Some state laws are more restrictive than others with respect to noncompete agreements. For example, California law expressly prohibits employers from enforcing them, and that state’s attorney general has advocated for a nationwide ban. North Dakota and Oklahoma have similarly broad prohibitions.

Other states, including Maryland and Virginia, limit the ban to employees who earn less than an established threshold.

Those thresholds can vary widely. New Hampshire set its threshold at double the minimum wage, while Washington state’s is set at $100,000 annually for employees.

Pandemic Is a Factor

The COVID-19 pandemic has only fueled the trend toward limiting the ability of employers to enter into noncompete agreements.

In July of last year, Sen. Chris Murphy (D.-Conn.) and Sen. Elizabeth Warren (D.-Mass.) urged the Federal Trade Commission to take action that would limit the ability of employers to enforce noncompete agreements both during and after the pandemic.

In a joint letter to the agency, the senators said the pandemic has exacerbated problems that noncompete agreements create. They told the agency that such agreements “have severe negative impacts on workers” and “significantly reduce job mobility.” The senators also said such agreements “are rarely the result of meaningful negotiation between employer and employee.”

Critics of noncompete agreements also say that such agreements reduce wages and wage growth and can trap workers in bad work environments.

Biden Is Not a Fan

Another sign that noncompete agreements may continue to become a weaker and more limited option for employers: President Biden has long criticized them, and his “Plan for Strengthening Worker Organizing, Collective Bargaining, and Unions” says he will “work with Congress to eliminate all noncompete agreements, except the very few that are absolutely necessary to protect a narrowly defined category of trade secrets, and outright ban all no-poaching agreements.”

Noteworthy for its expansive scope, the new Washington, D.C., law shines a spotlight on employer use of noncompete agreements.

Employers who currently have such agreements with their employees, or are considering entering into them, must carefully check their state and local laws to ensure compliance with all applicable legal requirements.