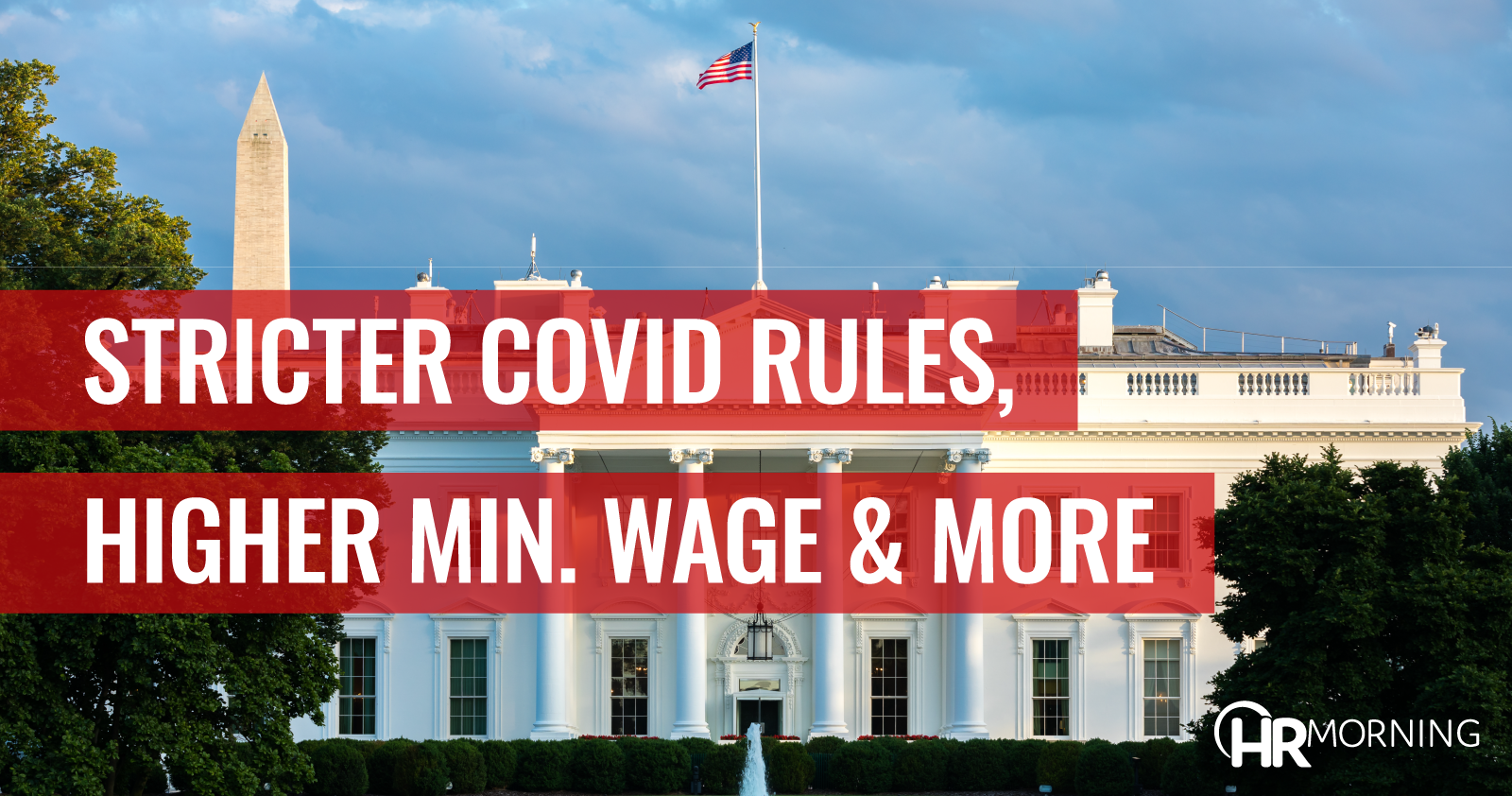 No matter the size or type of your business, you’re likely to see some changes once president-elect Joe Biden takes office in January.

Here’s what a Biden presidency will mean for employers, according to HR expert and author of the Evil HR Lady blog, Suzanne Lucas.

Biden has been clear that his first priority as president is getting the coronavirus pandemic under control. Because of this, employers may see stricter safety and sanitation guidelines from OSHA.

The Biden administration also wants to double the number of OSHA investigators, as well as provide “restart packages,” which will help companies cover the costs of PPE and other safety precautions.

Industries that rely on hourly workers – such as retail stores and restaurants – will likely be impacted the most, due to tighter restrictions on in-person business. While President Trump’s goal was to keep businesses going, Biden’s focus will be on containing the virus.

Biden has made it clear he supports a federal minimum wage of $15 an hour. While he faces a difficult road to make that happen, several states have plans to gradually increase the minimum wage every year until it reaches $15.

Florida most recently voted to reach a $15 minimum wage by 2026. Other states with similar plans include:

Be Heard in the Workplace Act is a proposed law aiming to increase protections against sexual harassment at work. It’s likely to change as it makes its way through Congress, but here are some highlights:

• It increases the amount of time an employee has to file a harassment claim from less than six months to more than four years.

•  It places restrictions on nondisclosure agreements, and

•  It would federally mandate all businesses to hold sexual harassment training sessions.

The members of the National Labor Relations Board (NLRB) – which the president appoints – serve five-year terms. The changes here will happen more gradually, but one person will be replaced each year by Biden.

Under President Trump, the NLRB made many pro-business decisions, but under the Biden administration, you can expect decisions to switch back to pro-employee and pro-union as more Biden picks are added onto the board.

The Paycheck Fairness Act would only allow pay differences based on concrete factors, such as education, training or experience.