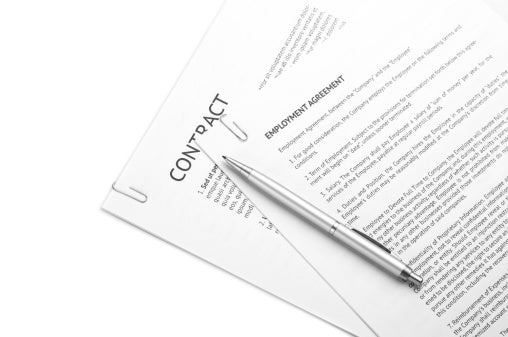 The compounding effect of five developments in employment law has made using independent contractors significantly more appealing and risky at the same time.
The independent contractor marketplace has become a powder keg, and employers need to be aware of new tripwires that have been established that could make it blow up in their faces.
Each of these adds increased danger of falling victim to the next:

There are a number of often-cited reasons independent contractors are appealing to employers.
For starters, employers get to benefit from contractors’ work and knowledge without subjecting themselves to added:

The U.S. government has always kept an eye out for employers that misclassify those who should be deemed employees as independent contractors — whether it’s done intentionally (to circumvent tax or employment law obligations) or unintentionally.
The reason is because misclassification results in lost tax revenue, and it denies workers protections under employment laws.
The Obama administration has made it a point to hunt down employers who misclassify workers — intentionally or not. Since President Obama’s first term, enforcement entities like the DOL, EEOC and IRS have aggressively added auditors and other personnel to weed out employers shirking their required responsibilities by improperly using independent contractors.
In fact, the new Labor Secretary, Thomas Perez, made it public within days of taking office that he plans to crack down on employers that misclassify workers as independent contractors. He called the practice “workplace fraud.”
Oh and being found guilty of misclassification is expensive … very expensive. First, the IRS will go after guilty employers for their share and employees’ share of back taxes. Then, because the worker should’ve been an employee all along, the DOL will look into whether any FLSA violations occurred, which can trigger civil penalties and back pay responsibilities.

3. Finding a federal standard that applies

The good news is the tests are very similar. But they do contain subtle variations, so the best course of action is to make sure your independent contractor classifications can pass both.
Warning: An online search for the IRS’ independent contractor test criteria will likely bring up results for the IRS’ “20-factor test.” This is an old standard that can still easily be found on the IRS’ website and, as a result, is still cited by employment law experts as being current. It’s not. In an effort to simplify the test, the IRS consolidated the 20 factors into its new three-prong test, which it published online without removing the old standard. Make sure you abide by the new three-prong standard — as well as the FLSA’s economic realities test.

Lately, rulings against employers in classification cases have been all about adding insult to injury.
Say, for example, IRS auditors find your company guilty of intentionally misclassifying an employee as an independent contractor. You’re going to have to pay your share and the employee’s share of back taxes. But the buck won’t stop there.
Chances are the employee will be able to sue you — and win — for back benefits, too. Then, the worker may drag you before the DOL and claim that because you didn’t classify him/her as an employee, he/she’s entitled to overtime pay under the FLSA.
Plus, you could then be charged with civil penalties under the FLSA for things like wage and recordkeeping violations.
Next up, because the feds talk to the states, your state’s DOL will likely audit your classification practices in an attempt to collect back state taxes.
And, as if that wasn’t enough, workers similarly situated to the original misclassified employee may be able to bring a class-action lawsuit against your company for misclassifying them — potentially multiplying your back tax and penalty payouts.
Oh, and you can be held responsible for attorney’s fees as well.
This post originally ran on our sister website, HRBenefitsAlert.com.