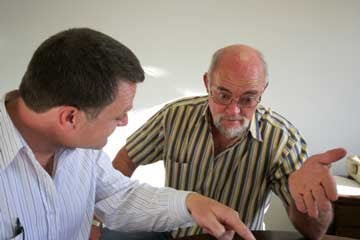 Say you’re conducting a workplace investigation, and the employee you’re about to interview says, “I plead the Fifth” and chooses to remain silent. Are you allowed to discipline that employee?
In many cases, the answer is: Yes, you can discipline that employee.
That’s according to the U.S. Court of Appeals for the Second Circuit.
The court recently ruled on a lawsuit involving William Gilman and Edward McNenny, Jr., and their employer Marsh & McLennan Companies, an insurance broker.
When Marsh & McLennan was accused of rigging insurance bids, it investigated to see what spurred the allegations.
Gilman and McNenny were asked to speak about their involvement, but they refused to answer questions. As a result, they were fired for cause and denied separation benefits (stock options, bonuses, etc.).

Why wasn’t their silence protected?

Both men sued to collect the benefits, claiming they had a personal right to stay silent — and a Fifth Amendment right to avoid self-incrimination.
But a court shot both arguments down. It said an employee does have a personal right to remain silent, but the employer can still punish the employee for that silence.
As for the Fifth Amendment, the court said it only applies when a government entity is involved. And while the New York Attorney General was investigating Marsh & McLennan for potentially rigging insurance bids, the court said Marsh & McLennan would’ve conducted an investigation regardless of the attorney general’s involvement. Therefore, the questioning of Gilman and McNenny would’ve occurred even without any influence from the attorney general.
As a result, the court said the Fifth Amendment didn’t apply — and Gilman and McNenny’s “for cause” firings could stand.

About the Fifth Amendment

The Fifth Amendment was meant to shield an individual from having to act as a witness against himself or herself in a criminal case in which the government is involved. It generally doesn’t apply to conduct by an employer in the private sector.
So what does that mean? If you’re a private employer conducting an internal investigation, in all but the rarest of circumstances, you’re legally allowed to discipline an employee who refuses to take part in the investigation against your wishes — even if that employee attempts to plead the Fifth.
Cite: Gilman v. Marsh & McLennan Cos. Inc.