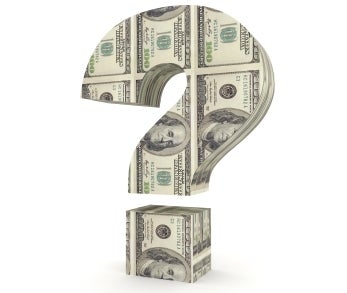 Citywide Protection Services formed an agreement with its security guards: The guards could work extra hours in exchange for straight-time pay only — no time-and-a-half.
Citywide’s President George Lewandowski said his employees repeatedly requested extra hours because they needed the money. His response: He couldn’t afford to pay them time-and-a-half.
So his employees said they’d work the extra hours at their straight-time rates.
Cleveland.com quoted from Lewandowski as saying:

“They were aware that I could not pay the overtime — no matter what!”

Granted, this isn’t something most employers are likely to encounter. But for Lewandowski, it’s a situation he found himself in after workers allegedly begged for extra hours.
Claiming he only had good intentions — to help his employees in a time of need — Lewandowski allowed the employees to work the extra hours at straight-time rates. The company then paid for the overtime hours in checks separate from the employees’ regular payroll checks.
Following up on a complaint, the DOL investigated the situation.
Its take, via a press release about the investigation:

“The FLSA [Fair Labor Standards Act] requires that covered, non-exempt employees be paid at least the federal minimum wage of $7.25 per hour for all hours worked, plus time and one-half their regular rates of pay, including commissions, bonuses and incentive pay, for hours worked beyond 40 per week.”

Bottom line: If a non-exempt employee works more than 40 hours in a workweek, he or she must be paid time-and-a-half — period. No exceptions.
As a result of the investigation, Citywide must pay $14,760 in overtime back wages to 30 security guards. In addition, the company has to pay $5,000 in civil money penalties for willful and repeat violations of the FLSA.
The $5K fine is a result of the fallout from a 2011 investigation in which Citywide was found to owe workers overtime after missclassifying them as independent contractors. But the new investigation found instead of just paying that back overtime, Citywide suggested the employees not accept their checks for back pay.
The company was also found to have lowered the hourly wage and/or reduced the work hours of those who did accept the DOL-mandated back pay.
The DOL ruled in its most recent investigation those actions amounted to retaliation against employees for exercising their rights under the FLSA.
In addition to shelling out nearly $20K as a result of the new investigation to cover penalties and make employees under both investigations whole, Citywide is required to post a notification informing employees about the latest investigation and their rights under the FLSA.
Cite: Perez v. Citywide Security Services, Inc.