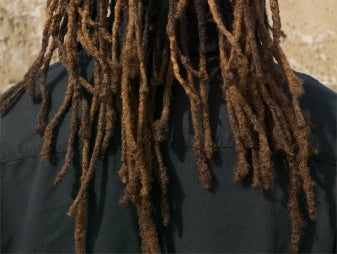 In a recent lawsuit, the EEOC tried to broaden the definition of race discrimination. Was it successful?
Thankfully, for employers, the answer is no. The EEOC’s lawsuit wasn’t successful.
The agency filed a lawsuit on behalf of Chastity Jones, an African-American applicant whose job offer was rescinded by Catastrophe Management Solutions, a claims processing company, after she refused to cut off her dreadlocks.
According to the lawsuit, Jones was hired as a customer service representative. But before she could start, she was asked to cut her dreadlocks to conform to the company’s grooming policy, which said:

“All personnel are expected to be dressed and groomed in a manner that projects a professional and businesslike image while adhering to company and industry standards and/or guidelines. . . . [H]airstyle should reflect a business/professional image. No excessive hairstyles or unusual colors are acceptable[.]”

Jones was told dreadlocks “tend to get messy,” and she had to cut them off.

She refused, and the job offer was rescinded. She then went to the EEOC, which filed a lawsuit on her behalf. It claimed Catastrophe’s no-dreadlocks policy amounted to race discrimination because it was meant to target African-Americans.
The company argued its policy was race-neutral, as it would require anyone — no matter their race or ethnic background — to cut their dreadlocks.
A federal district court sided with Catastrophe. It said that “Title VII [of the Civil Rights Act] prohibits discrimination on the basis of immutable [i.e., unchanging] characteristics, such as race, color, or national origin.”
And the problem with the EEOC’s case is that “hairstyle, even one more closely associated with a particular ethnic group, is a mutable characteristic,” the court said.
The EEOC also tried arguing that “hairstyle can be a determinant of racial identity,” but the district court shot that argument down as well, saying other courts had already clearly rejected similar claims.
The EEOC then appealed.
In appeals court, it tried arguing that dreadlocks are a natural outgrowth of the immutable trait of race and that targeting dreadlocks can be a form of racial stereotyping.
But, the appeals court shot that argument down as well, mirroring the district court’s ruling. Essentially, the court said it was a stretch for the EEOC to expand the definition of race discrimination in the manner it was attempting to.
Case dismissed.

You can still dictate dress, appearance

As employment law attorney Tracey E. Diamond points out in a blog post regarding the treatment of tattoos in the workplace, employers — generally speaking — are allowed to require employees to dress in a certain way.
And as this case shows, courts will back your dress/grooming policies, as long as they’re race-neutral.
That being said, employers are obligated to seek out reasonable accommodations for employees’ (as well as applicants’) sincerely-held religious beliefs. And employers are required to provide accommodations for such beliefs, as long as they don’t create an undue hardship on operations.
Cite: EEOC v. Catastrophe Management Solutions