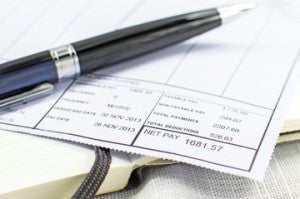 Get ready: The DOL’s final rule revising the white-collar overtime exemption regulations has advanced. So employers now have a pretty good idea of when it’ll go into effect.
The DOL just sent the final rule to the White House’s Office of Management and Budget (OMB). This is the final step before the rule is published and made public for all to see.
If the OMB follows its normal review timeline, it should be approved in four to six weeks (although, it could take months).
So if it sticks to its normal schedule — and there’s no reason to think it won’t — employers should be able to get eyes on the final rule by early- to mid-May.

The fact that the rule is already in the OMB’s hands means it’s most likely to avoid an entanglement with the Congressional Review Act, which HR Morning broke down last month. In fact, the act may very well be the reason the rule was submitted for review much earlier than originally anticipated.
In a nutshell, the act allows Congress to disapprove “major” final rules promulgated by federal agencies — like the DOL. But the disapproval can be shot down by a presidential veto — meaning the FLSA changes were highly unlikely to be challenged during President Obama’s tenure.
However, the act states that if a major rule is is submitted to Congress with fewer than 60 session days remaining on the legislative calendar, then the next Congress will have a similar 60-day period to consider the rule. And according to recent calculations by the Congressional Research Service, if the DOL’s overtime rule isn’t released by the OMB by May 16, the rule will be at the mercy of the next Congress and president.
Bottom line: The best chance the Obama administration — and the current DOL regime — have of making the FLSA-altering overtime rule stick was to get it on the books before May 16, a deadline they’re now well on their way to beating.

When will it take effect?

Despite some back-and-forth about when it was going to submit the rule to the OMB, the DOL has remained steadfast about one thing: The rules were likely to take effect 60 days after being published, and that still appears to be the plan.
As a result, employers can expect to have to be in compliance with the rule this summer — most likely by the end of July (but possibly sooner).
Still, there’s no way to know exactly what’s in the rule until it is approved by the OMB. But chances are the rule won’t be too far off from what employers saw in the proposed rule.
Here’s a rundown of what was proposed:

The DOL received more than 250,000 comments on the proposed rule.
Stay tuned. HR Morning will have a full breakdown of the final rule once it’s published — along with rundown of what you’ll need to do to get in compliance.