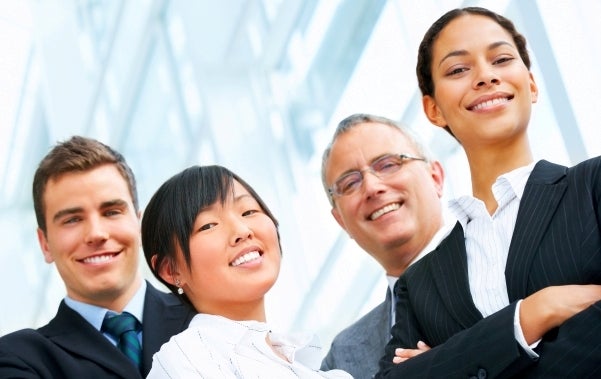 Here’s something you might guess: Men like working with other men, and women like working with other women. But here’s something you might not: That’s not a good HR strategy.
An economist from Massachusetts Institute of Technology, Sara Fisher Ellison, and an economist from George Washington University, Wallace P. Mullin, analyzed eight years’ worth of revenue data and employee surveys from one large U.S. professional services firm — and what they found was very telling.
While both men and women prefer to work in groups comprised of co-workers of the same gender, the company’s revenue figures show that same-sex groups were vastly outperformed by groups made up of both men and women.
In fact, Ellison and Mullin said that what they found “implies that going from an office that is either all male or all female to an office split equally between the sexes would be associated with a revenue gain of 41%.”
The downside of working in coed teams, however, is that employees aren’t as satisfied with their jobs when asked to work in such teams.
The economists surmise some reasons for this may be that same-sex groups tend to socialize more because they have more in common. But that could also be the reason they don’t perform as well.
Ellison told The Wall Street Journal that coed groups contain more varied perspectives and skills, which may very well be the reasons they outperform same-sex groups.

Another interesting finding: Employees — at the services firm — seem to like the idea of working in diverse groups more than they actually do.
In the firm’s surveys, employees gave racial and gender diversity high marks when it came to the effect each had on morale and job satisfaction. Yet, those working in diverse groups tended to report lower levels of morale and satisfaction than their same-sex group counterparts.
The upshot of those findings: Since employees seem to like the idea of working in diverse groups — at least from the jump — it may not be hard to get buy-in when initially creating those kinds of working units.
The problem, however, then becomes keeping workers’ morale and job satisfaction up once they’re in those groups.
Info: Ellison and Mullin published their findings in a paper entitled, “Diversity, Social Goods Provision, and Performance in the Firm.” It was published in the Journal of Economics & Management Strategy.