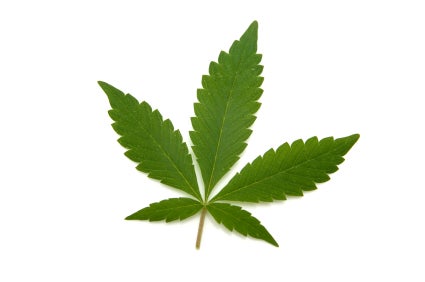 Employers aren’t letting the spreading legalization of marijuana at the state level prevent them from creating and enforcing zero-tolerance anti-pot policies — and they have courts in their corner.
A new Society for Human Resource Management (SHRM) survey found that 94% of organizations with operations in states in which marijuana use is legal for either medical or recreational purposes have a formal, written substance abuse policy.
On top of that, 82% of organizations that operate in states where both recreational and medical use are legal said they have zero-tolerance for pot use while working.
The SHRM survey polled 623 HR pros from across the nation.
The consequences for violating the policy? Termination was the most frequent action taken for a first-time violation, cited by 50% of HR pros in states where medical marijuana is legal and 41% of those who work in states where both medical and recreational use is legal.

What the courts have to say about it

How do these strict anti-pot policies jibe with laws that say medical and recreational usage is legal? It’s actually not as complicated as it would seem.
Courts have routinely said that marijuana is an illegal narcotic on the federal level. As a result, employers have a right to enforce their anti-marijuana policies as they see fit. Pot smokers who come to work high aren’t protected by state law.

The case of Mr. Coats

Take the case of Brandon Coats, a former phone operator for Dish Network, for example.
Coats is a Denver native and registered medical marijuana user. He’s also a quadriplegic who uses pot in accordance with Colorado law to treat painful muscle spasms.
In 2010, he tested positive for marijuana and was fired by Dish, which claimed that his use of pot, even if consumed legally off the job, violated the company’s zero-tolerance anti-drug policy.
Coats then sued Dish for wrongful termination, claiming Colorado law protects employees from being punished for engaging in lawful activities outside the workplace.
His case worked its way to the Colorado Supreme Court, which ruled 6-0 in favor of Dish this past summer. The justices said federal law trumps Colorado’s statutes, so Coats wasn’t protected.

The case of Mr. Swaw

More recent is the case of Michael Swaw, who worked in Safeway’s beverage plant.
Safeway had a policy that prohibited testing positive for a controlled substance on the job, and its policy also said that it could test employees following on-the-job injuries.
After Swaw was injured at work, Safeway tested him and found him to be under the influence of marijuana. It immediately terminated him.
Swaw then sued claiming he was discriminated against on the basis of his disabilities. He claimed his termination was illegal because he used medical marijuana legally under Washington state’s medical marijuana laws to treat a medical condition.
Safeway said his medical prescription didn’t matter — showing up for work under the influence of marijuana was a still fireable offense, and a U.S. district court in Washington backed it up.
The court said marijuana is an illegal controlled substance under federal law and Safeway “was under no legal obligation to make an exception to its policy for Plaintiff, regardless of his medical marijuana prescription.”
Case dismissed.
Cite: Coats v. Dish Network; Swaw v. Safeway Inc.