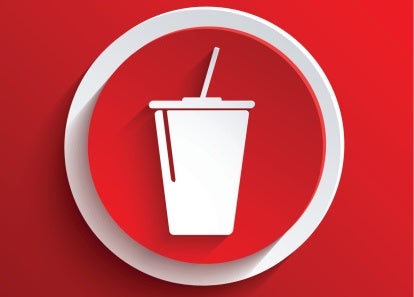 We get that employers need to uphold their policies, but this employer seems to have taken things to the extreme.
Hollywood Casino Columbus in Ohio had a very strict anti-theft policy.
It read:

13. Theft (unauthorized removal) or misappropriation (unauthorized storage, transfer, or utilization) of the property of guests, Team Members or Hollywood Casino Columbus. * * * Any unauthorized property found in a Team Member’s possession will be considered theft and grounds for immediate separation.

It relied heavily on that policy when fighting the unemployment compensation claims of Stan Stine, an employee it terminated for “just cause” after he was caught stealing … two plastic drinking cups.
Stine starting working at Hollywood Casino on Sept. 17, 2012. During his orientation Stine was given an “inexpensive plastic drinking cup with a lid and straw that had the casino’s logo on it.”
On Jan. 8, 2013, Stine informed an HR rep that his cup had broken, and he asked for a replacement. But the HR rep denied his request, saying employees only get one cup.
Following that discussion, Stine entered the employee training room and removed two cups, which he then placed in his personal garment bag.
Security caught Stine pilfering the contraband, and he was suspended pending an investigation.
Stine didn’t deny taking the cups, and two days later he was terminated for violating the casino’s anti-theft policy.

Denied unemployment comp, over and over …

Stine then filed for unemployment compensation benefits, but the Ohio Department of Job and Family Services denied his request.
Stine then appealed to the Unemployment Compensation Review Commission. Compensation denied.
He then requested another review by the commission. Denied.
Then it was on to the Franklin County Court of Common Pleas. Appeal denied.
Franklin County’s court documents say reviewing courts may reverse just cause determinations if those determinations are “unlawful” or “unreasonable.”
The problem for Stine: The casino had concrete evidence he’d taken the cups — plus his own admission. Therefore, the casino had just cause for terminating him as he’d clearly violated the casino’s anti-theft policy.
Case closed.

Too harsh? Maybe, maybe not

Most companies have some form of anti-theft policies, which are clearly important to uphold. But firing someone over two cups … really?
Clearly, the casino has a justifiable reason for wanting to uphold its anti-theft policy to the letter of the law. After all, there’s a lot of money floating around the premises, and bending a little on the policy can create a slippery slope that could lead to big losses.
But on the other hand, there is such a thing as being a reasonable employer. Was it really worth losing an employee over a cheap plastic cup that could’ve easily been replaced?
Granted, there was no way to know the employee was going to steal additional cups, but instead of forking over a 10-cent cup, the casino had to deal with the headaches of fighting the unemployment claim and training a replacement worker.
Plus, its Scrooge-like actions probably didn’t sit well with Stine’s co-workers or perspective employees.
Cite: Stine v. Central Ohio Gaming Ventures, LLC