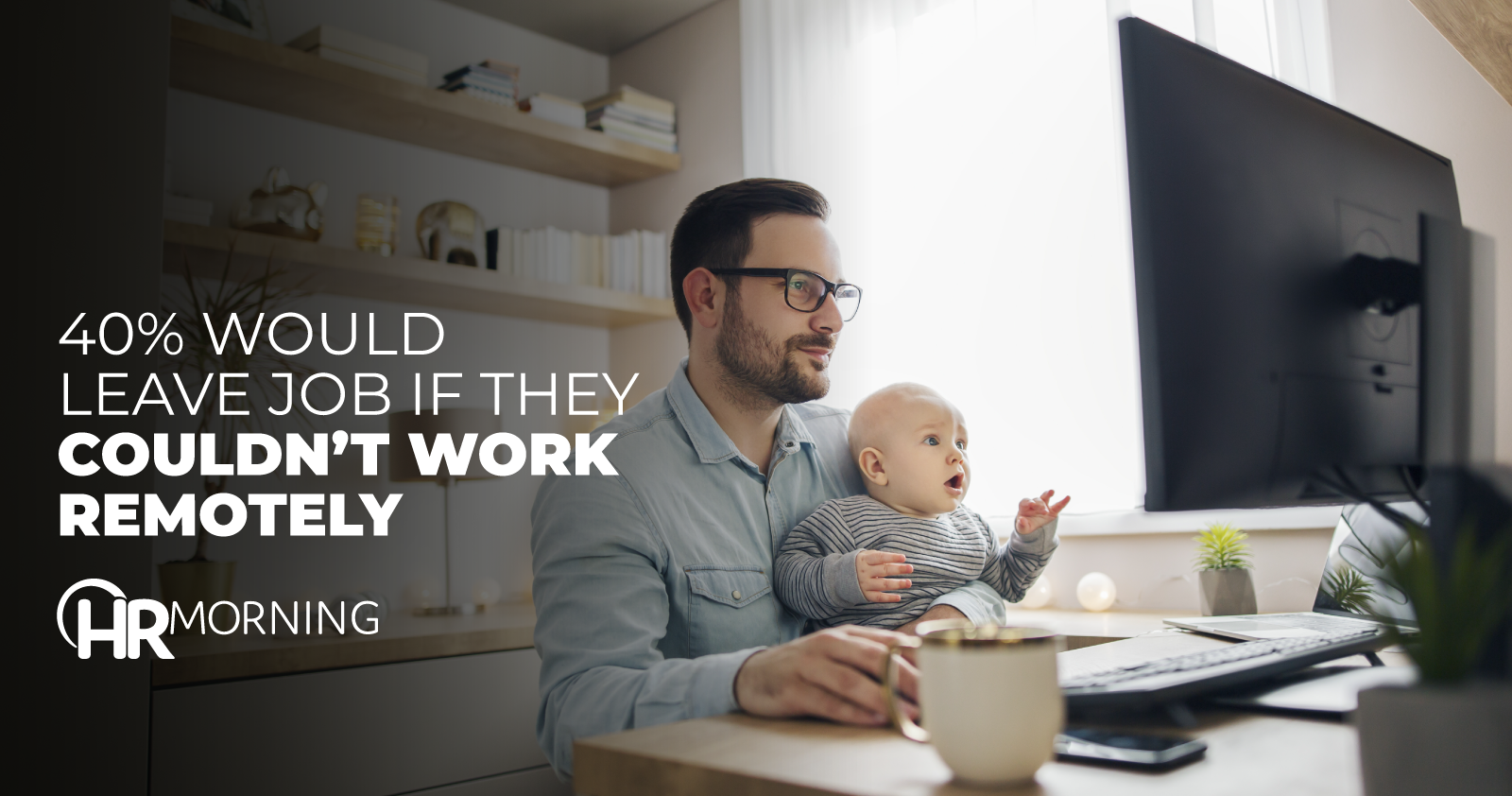 It’s been two years since the COVID-19 pandemic first put a stop to life as we knew it. Social distancing, cancelled plans and remote work all became the new normal.

But now, COVID-19 cases are going down, and mask mandates are being removed. A sense of normalcy is returning, and for a lot of companies, that means finally bringing employees back to the office.

Many employees had to return to work a while ago — some full-time, but others just a few days a week. For those employers who haven’t brought their workforce back full-time (or at all) yet, they’re likely wondering how to proceed.

A few big corporations have made headlines by taking a strong stance on bringing employees back. Goldman Sachs and JPMorgan had their workforce back full-time at the end of 2021, claiming that in-person interactions made collaboration easier. They also believed employees were less productive at home.

This is certainly a bold move that might not pay off. According to a survey conducted by Harvard Business Review (HBR), on average, employees want to work two to three days a week at home. People really enjoy cutting down on commutes and spending more time with family — so much so, that over 40% of employees said they would start looking for a new job or quit immediately if they were forced to return to work.

Compounding this issue is the fact that hiring is really tough right now. Employers are struggling to fill open positions as it is — they can’t afford to lose solid employees over return-to-work requirements.

So what’s the best move? The experts at HBR suggest embracing the hybrid model, using the few in-office days for collaboration and meetings, so employees can use remote days for quiet focus.

Cody Barbo, CEO of Trust & Will, believes in the power of choice. Employees will be more engaged and loyal when it’s their decision how frequently to come back to the office. It can allow them to design a week that works with their personal responsibilities as well as their professional preferences.

Forcing people back against their will will likely leave a bad taste in their mouths, Barbo says.

Barbara Irving, HR director of Moose International, wanted to make sure employees felt like they had a say in the matter. Irving decided to evaluate people’s comfort levels, taking into consideration whether they were vaccinated against COVID-19 and whether they wanted to return to work.

Irving knew jumping the gun too soon could have a negative impact on morale, which she wanted to avoid.

So company leaders drafted return-to-work polices and sent them out to employees for feedback. They also sent out surveys, asking workers on a scale of one to 10 how comfortable they were coming back.

Ninety-four percent of employees rated an eight or higher on the comfortability scale, telling Irving that moving forward with the company’s plan was the right thing to do.

Employees also submitted suggestions on ways the company could make things safer. It was a very collaborative process, and Irving knows asking for employees’ input made them feel safe and valued.

If you’re considering implementing a fully remote or hybrid work environment, but aren’t sure how to establish it, CEO of Articulate Lucy Suros can offer some help.

For more than 18 years, her company has had remote employees, and Suros knows better than anyone that forced proximity does not automatically translate into happy, collaborating team members. Simply sitting in the same office is not enough to create productivity and harmony between colleagues.

That being said, a successful remote culture takes a lot of work and intentionality. It won’t just happen.

Suros decided her employees needed the following in order to connect with each other:

Suros communicated to her employees how often they were expected to check in with managers and teammates. She made it clear these expectations were nonnegotiable for those who wanted to work remotely.

The next step was ensuring employees had everything they needed in order to collaborate and communicate. Various Slack channels were set for a variety of purposes, including casual check-ins and discussions for hobbies and personal interests.

Employee appreciation was a big thing Suros made sure to focus on, as it’s easy for remote employees to feel forgotten about. All achievements big and small are celebrated at Articulate.

Workers love the remote environment Suros and her team created and are productive, happy and healthy. The company’s 8% turnover rate backs this up.