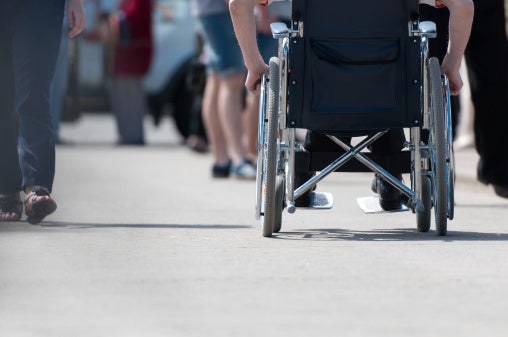 Every HR pro should read about the lengths this company went to to try to accommodate an epileptic employee.
Andrea Olsen worked for Capital Regional Medical Center (CRMC) as a mammography technician. She also was epileptic and had her first seizure on the job in 2004. When her seizures continued uncontrollably, the company palced her on paid administrative leave. She returned to work after turning in a doctor’s note, but three months later went out on leave again.
While Olsen was out, the company took a number of admirable steps to try to help lessen or eliminate Olsen’s susceptibility to seizures, including:

Olsen returned to work again, but had 14 more seizures over the next couple years. Some seizures resulted in Olsen needing medical assistance, stitches or staples to her head. Others occurred in the presence of patients she was assisting, and one of those patients complained to the hospital about her experience.
After another stint on paid administrative leave, Olsen returned to work as a temporary file clerk. After a change in her medication, Olsen notified the hospital her seizures were under control. The hospital offered to reinstate Olsen at her prior rate of pay with full benefits, but Olsen rejected the offer. She was eventually fired.

She couldn’t do the essential functions of the job

Olsen sued, claiming the hospital failed to accommodate her disability. Olsen said she was able to perform all the duties of her job except during a seizure, and that the only accommodation she’d need was intermittent leave to recover. She also claimed the hospital didn’t engage in the interactive process.
The court basically said, “You’ve got to be kidding.” It was clear that the hospital had gone to great lengths to accommodate Olsen, but nothing they’d done had been able to stop her seizures. Plus, Olsen wasn’t able to perform all the essential functions of her job — after all, how can she ensure patient safety when she’s having a seizure?
The case is Olsen v. Capital Region Medical Center.